7 things I do when alone in the kitchen 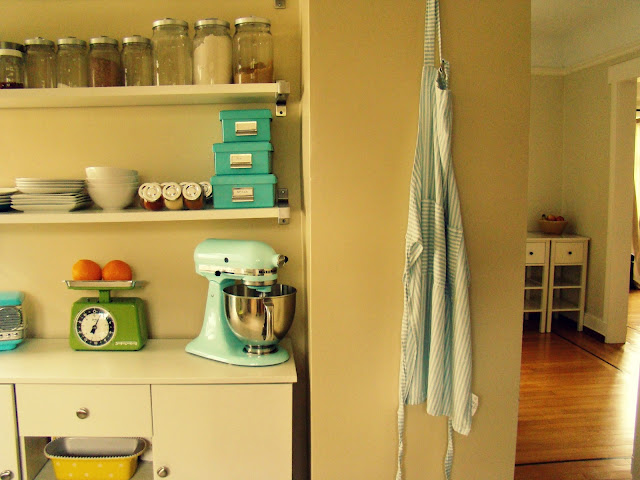 Like any home cook, I spend a lot of time in my kitchen. Between me and the two kids during the day and feeding all four of us dinner at night, that's a lot of hours spent peeling, chopping, stirring and generally fueling four people's lives. While much of that time is spent focused on the task, sometimes my mind, and behaviour, gets a little sidetracked. So, it's confession time. Here are seven things I do while alone in the kitchen. Don't judge me. You might even do some of these too.

I don't know why I do this. It's bad enough that I talk to myself, I guess, but I'm fairly certain most people engage in a little self chat at some point in their day. The accents vary, based on whatever media I've been sponging up. My love of Coronation Street means I'm often in Manchester mode. Occasionally I go slightly German, maybe a southern tongue while rolling out a pecan pie. Whatever suits.

2. Lip sync
Accuracy is of little to no importance with this one. Who's gonna know if I lipped "Licky boom boom now" or "licky boom boom down?" No one, that's who. And it's a meaningless lyric anyway (really, I met Snow once and I asked him). The only thing that matters is that I'm lost in the music and the moment and the sound of the radio is drowning out the wail of toy police cars being bashed together by happy little boys in the next room. 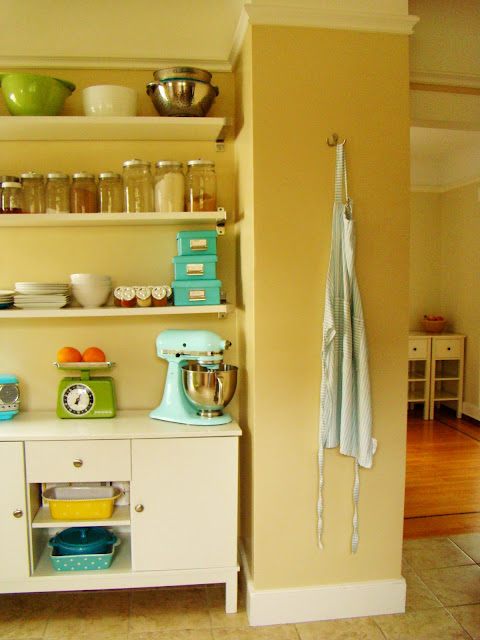 4. Pull my &%@ bangs up
Not for hygiene reasons or anything. Just because I can't stand my bangs tickling my eyes or my nose when I'm cooking. Can't. Stand. It. I'm like that about turtle necks too. Don't tickle my neck, clothes. Just don't. So my bangs, which are always in some state of growing out or being newly trimmed, get pulled back and secured with whatever clip I can find in the bathroom or at the bottom of my purse. It normally doesn't look too cute. Just a clip on top of my head. And it's like I can breathe again.

5. Take photos that never get used
I'll see something pretty in the process of cooking and feel the need to capture it. Yup, totally self-indulgent. Sometimes I photograph meals that never make it to the blog, but the photos are still sitting there on my camera's memory card like a little reminder of past food flops. I really ought to delete and move on. But I'll never stop taking photos.

6. Be a nosy neighbour
Who's that man knocking next door? Why is that woman parking her car there? Why are my neighbour's apple trees blooming earlier than mine? Call it a sort of neighbourhood watch service.

7. Spot stuff that needs doing, then do nothing
The pantry has stuff that's probably expired. The fridge needs cleaning. I should make tomorrow's lunches now. The dishwasher needs to be emptied. The garbage is overflowing. And on and on. Oh, hey I love this song! Dance.

How many of these can you relate to? What weird and wonderful things do you do when alone in your kitchen?