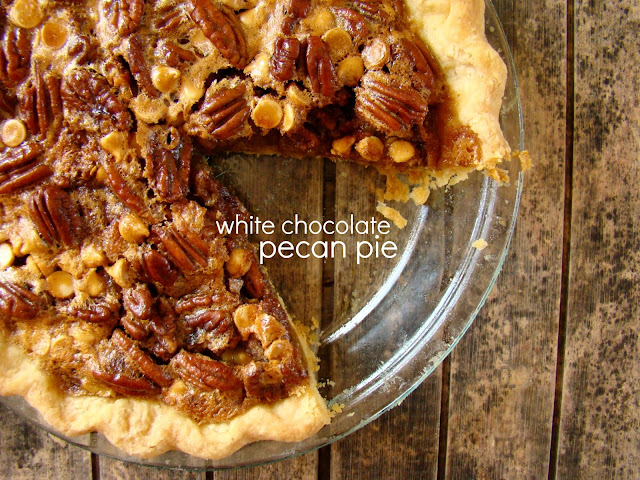 The seamless transition is remarkable. One minute I'm thinking I'm going to start living healthier right now. And then something like this pops into my head - Hey, you know what I should make for the blog? Another PIE. Yeah, that would be awesome. No wonder my healthy ideas don't last. Oh well. What can you do. Pie is good.

If you're a serious pie lover like me, you'll love this white chocolate pecan pie. The crust is rich and flaky and the filling is like an ooey gooey caramelized nutty heaven... with white chocolate. That's what makes this pie so great. It's like pecan pie (yeah we know that's good) with WHITE CHOCOLATE. Woah. No way. 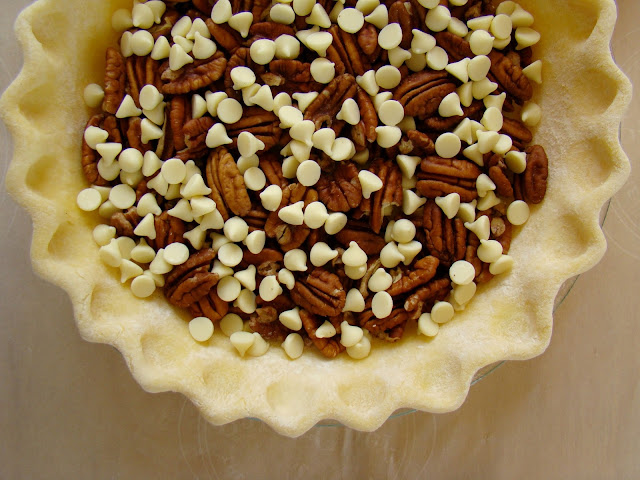 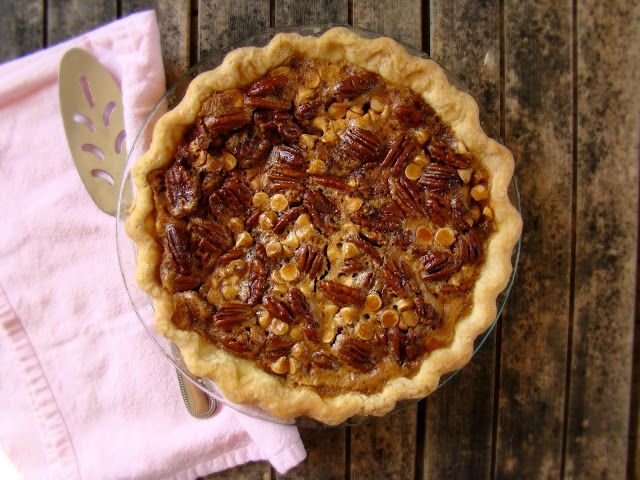 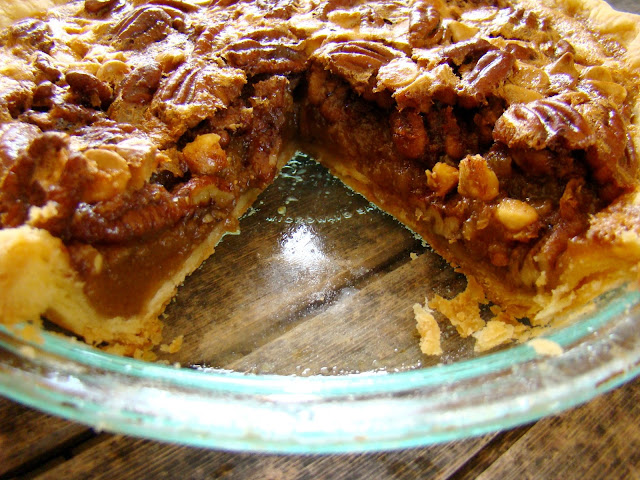 To make the pastry, I combined the flour and salt in a large mixing bowl. Using a hand pastry blender, I cut the butter into the flour mixture until evenly crumbly. In a small bowl, I beat the egg with the white vinegar, then stirred the wet mixture into the crumbled mixture with a fork just until the dough came together. I formed the dough into a ball and rolled it out on a well-floured surface with a floured rolling pin until slightly larger than my pie plate. The rolled pastry was lifted into my pie plate and the edges were tucked under and fluted.

To make the filling, I beat the eggs and brown sugar in a large mixing bowl. Then I added the honey, melted butter, cinnamon and salt, and beat to combine. The pecan halves and white chocolate chips were layered in my pie shell, and the filling was poured over top.

The pie plate was placed on a baking sheet and baked at 350 degrees (F) for 50-55 minutes until the centre was puffed up and no longer wiggly. I allowed it to cool for at least an hour before cutting to allow time for the filling to set. 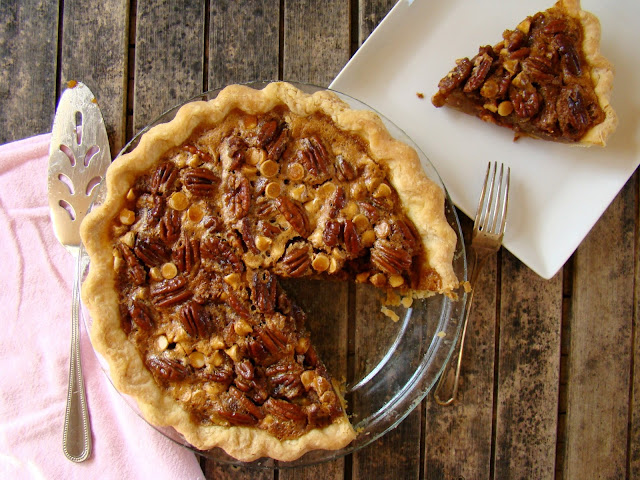 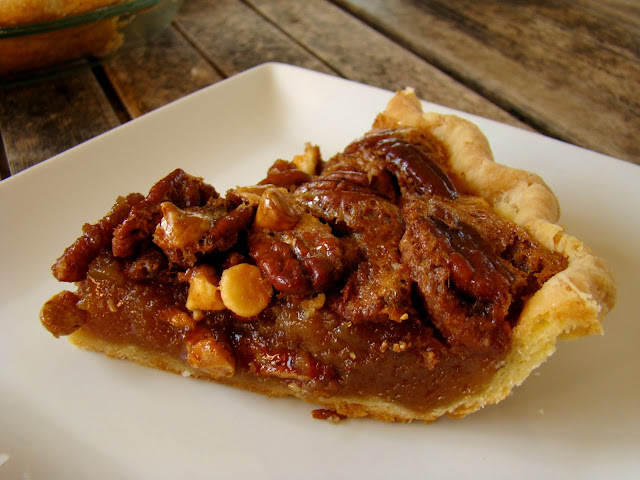 I can find all kinds of ways to justify this pie. I've signed up to start playing on a soccer team at the end of this month. That means I can eat whatever I want right now. No? Well, okay fine. I'll blame it on you then. All you pie lovers out there with your Pinterest obsessions, you made me blog this pie! No? That didn't work either. Okay, fine, I made this pie because I thought it would be delicious and it was. So there.