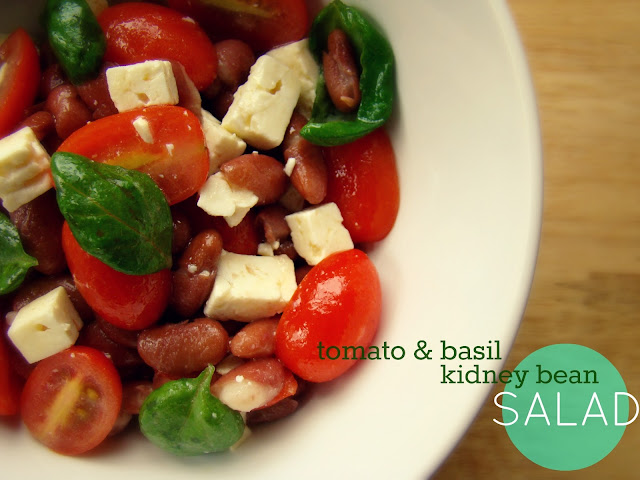 This is me following through. My resolution for 2013 was to cook more often using dried grains and beans. It's about equal parts curiosity, cost-saving and nutrition. So far this year I've shared a recipe for sausage and barley tomato soup and now this sweet and tangy, high-protein kidney bean salad with fresh grape tomatoes, tender basil leaves and salty cubes of feta cheese. So far this is a promise that's been easy to keep!

Really, the only downside to cooking with dried beans is the planning ahead. That's why I've mostly turned to canned beans in the past, and why I'll still turn to them on occasions when I haven't planned ahead. Most dried beans require soaking and, while there are some quick-soak methods, the standard soaking process is to leave them in cold water overnight. Works fine when I plan for it, so that's what I've done in this recipe.

In the process of writing this recipe, a friend brought to my attention the special concern about toxicity from dried red kidney beans. Fascinating, I thought! It turns out that while lectins occur in many beans, red kidney beans have a particularly high level of a certain lectin called phytohaemagglutinin. Spell check doesn't know what that is, but Health Canada has more information here if you're food curious and want to find out more. Essentially, to make sure my dried red kidney beans are safe to eat, I simply follow the routine of rinse, soak, rinse, cook, and include at least ten minutes of hard boiling in my cooking time. Easy beansy. Ha! Legume humour. 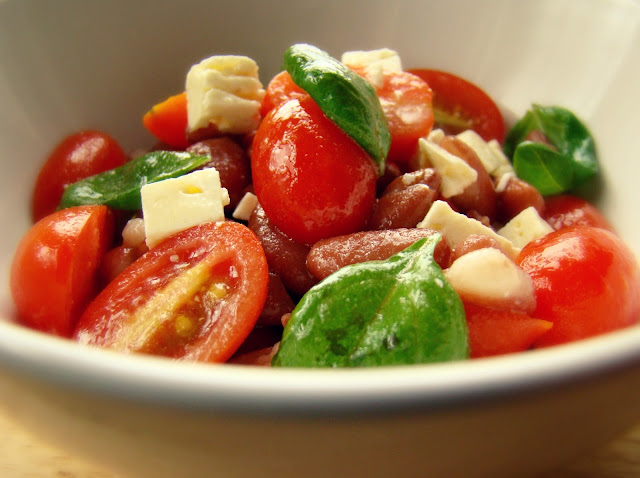 To prepare the dried beans, I rinsed them under cold running water then put them in a bowl with 3 cups of new water and set them in the fridge to soak overnight (at least 8 hours). The next day, I drained the soaked beans and rinsed them under cold running water again before placing them in a large saucepan with 6 cups of new cold water and brought it to a boil over high heat. The beans continued at a hard boil for 10 minutes, then I covered them with a lid and turned the heat down to medium-low, allowing them to cook for another hour until fully soft.

The cooked beans were rinsed under cold water to stop the cooking process, then added to a large mixing bowl. The remaining ingredients were added to the mixing bowl and the salad was tossed to coat. 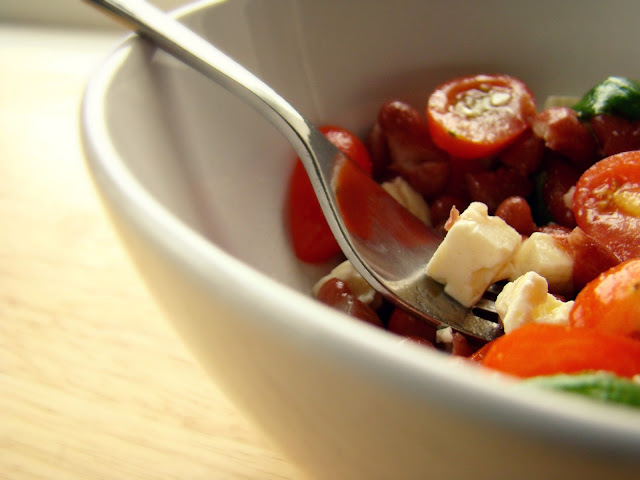 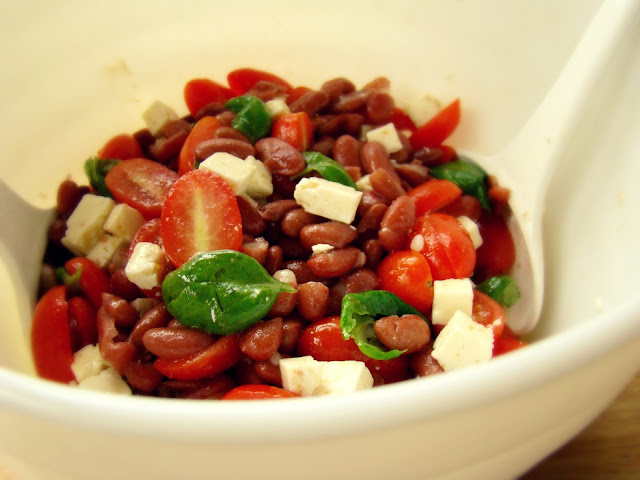 I love how hearty this salad is. Lovely for a winter lunch.