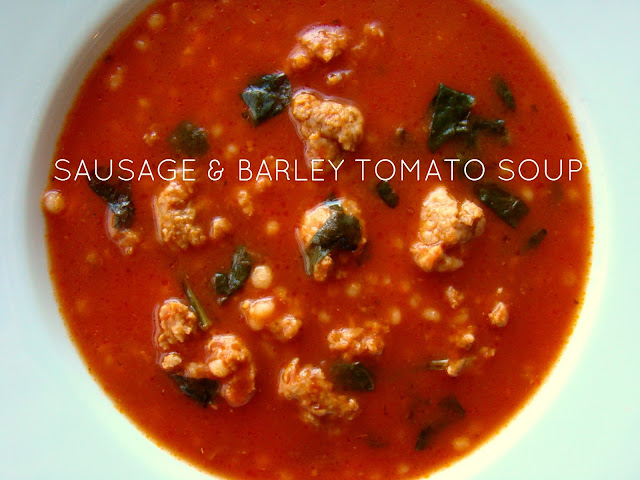 File this one under cheap and cheerful! I think this whole pot of soup cost me about four dollars to make and it's super delicious, requiring nothing other than a bit of bread to make it a meal. This is definitely no wimpy soup either. With chunks of savoury sausage and hearty bits of barley, this thick and zingy meal brightens a wintry day.

I'm not one for making arduous New Year's resolutions. Instead I chose to commit to cooking with grains and dried beans more often. That seemed like a lot more fun than, say, giving something up. I realize I'm setting myself up for an easy win here and I'm okay with that! The pluses are grains and dried beans are easy to store for long periods, they're super healthy and incredibly inexpensive. The pearl barley in this soup costs me under two dollars a bag, and a little goes a long way. One cup of dry barley makes five cups cooked. And I love how barley naturally thickens any liquid as it cooks. 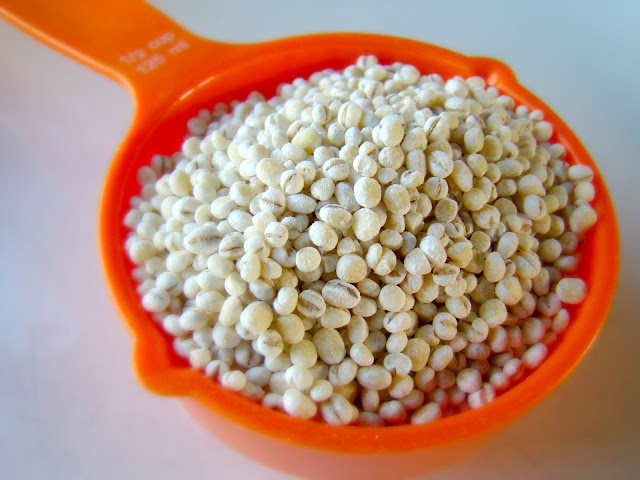 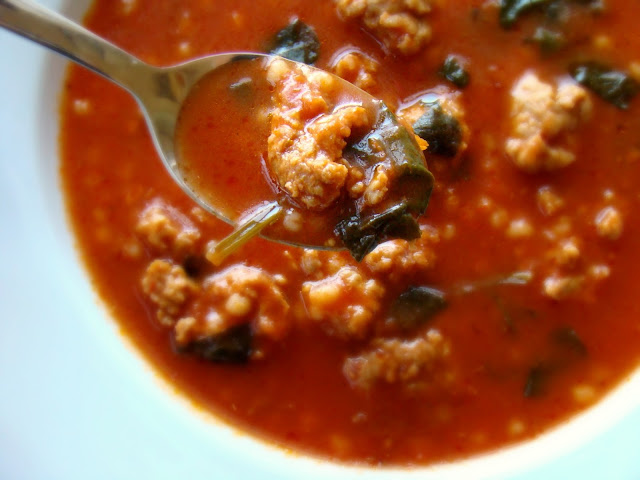 Here's how I made it:
makes 4-6 servings

I started by browning the sausage meat in my soup pot over medium heat, using a wooden spoon to break up the pieces as it cooked. Next, I added the garlic, crushed tomatoes, water, barley, sugar, vinegar, salt and oregano and brought the mixture to a boil while stirring to remove any of the sausage stuck to the bottom of my pot. Once boiling, I reduced the heat to low and allowed the soup to simmer, covered, for 30 minutes, stirring occasionally until the barley was tender. To finish, I stirred in the spinach leaves and allowed the soup to simmer for another five minutes, covered. 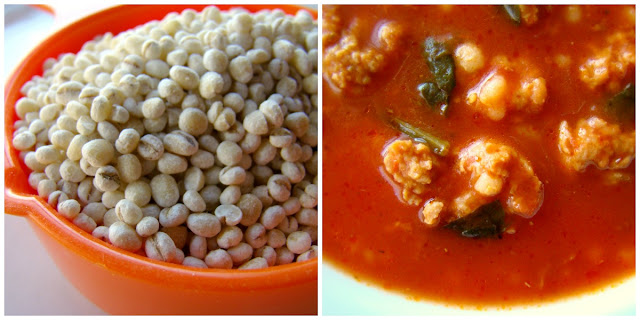 So simple, really, and so yummy.


Are you making any changes in your kitchen in 2013?