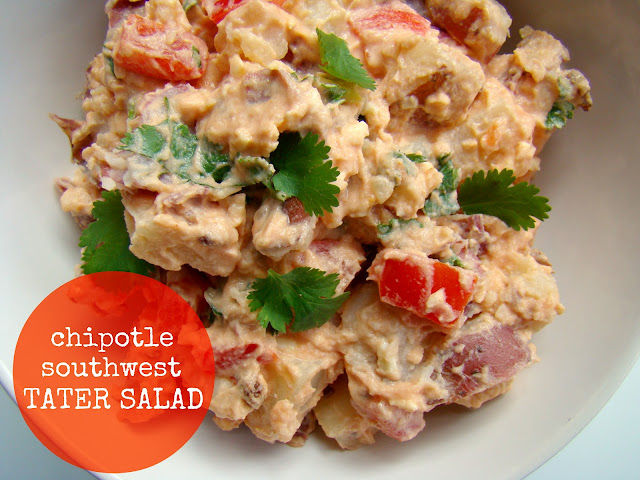 I absolutely adore southwest flavours and this chunky potato salad is loaded with them. My southwest sauce starts with sour cream, tomato paste and lime juice. From there I toss in chopped fresh tomato, crisp red pepper and delicate cilantro leaves. Then the sauce moves truly into southwest territory with chopped chipotle chiles and grated monterey jack cheese. Oh ya, baby! That's a slap-you-in-the-taste-buds tater salad! 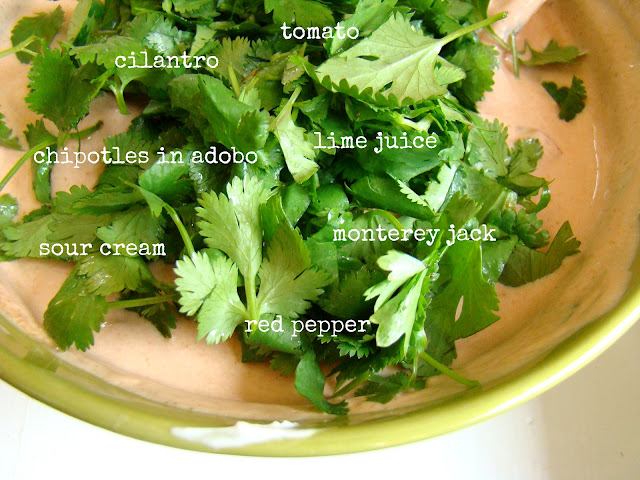 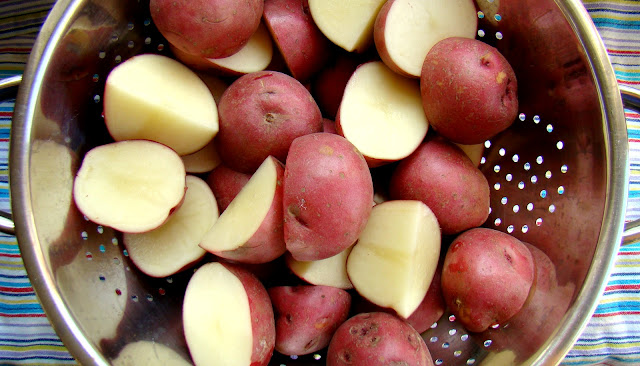 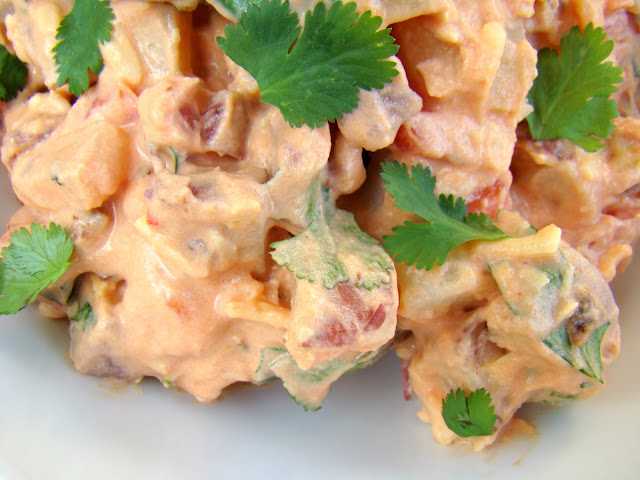 I started by boiling the potatoes in a large pot of water for 15 minutes. Meanwhile, I made the southwest sauce by mixing the remaining ingredients in my largest mixing bowl and set it aside in the fridge. I drained the potatoes and set them aside until cool enough to handle. Once cool, the potatoes were diced and added to the bowl with the southwest sauce, tossing to combine. The potato salad was returned to the fridge to cool completely.

Note - If you don't like it spicy just add one chipotle. If you wanna totally spice it up add three or four! Yeeee! 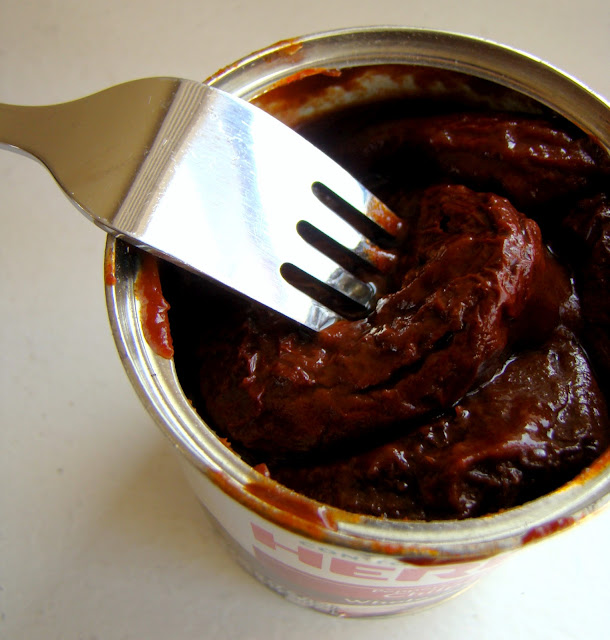 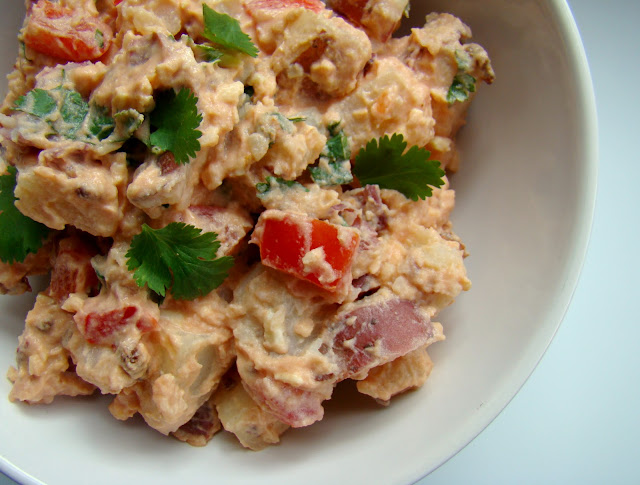 I'm bringing this salad along to our road hockey block party BBQ potluck, as well as a double batch bowl of my dilly potato salad. Game on!

Are you a fan of southwest flavours? How do include the tastes of the southwest  in your cooking? Share your links and recipes!