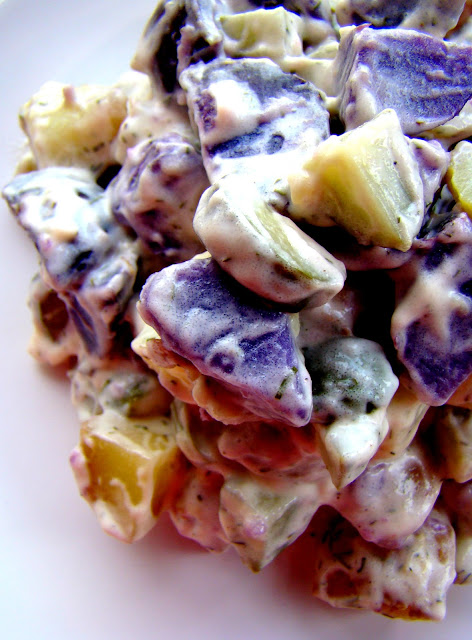 (EDITED: This photo was named Pic of the Week by Food Network Canada!)

The Rule of Three makes things more interesting. Just ask Goldilocks' furry housemates or the little pigs being huffed and puffed at. Then there's Larry, Curly, and Moe. So to keep dinner interesting this potato salad follows The Rule of Three, getting its dill flavour from three sources - pickles, pickle brine, and the herb itself. Even the potatoes are a trio. I found a bag of mixed mini potatoes at the grocery store in red, yellow, and blue! 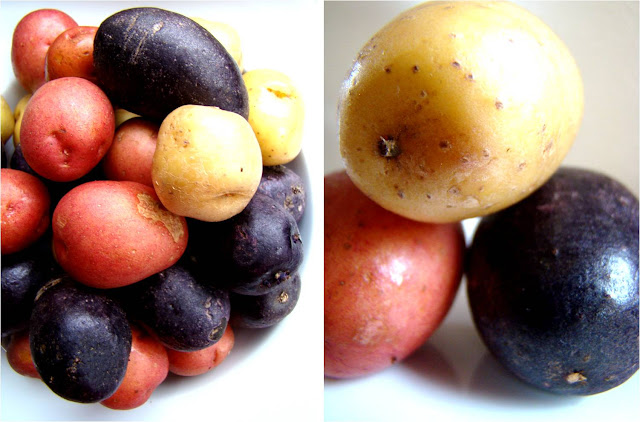 2 lbs mini potatoes, skins on (I used red, yellow, and blue)
1 cup mayo
1 cup dill pickle, chopped
1/4 cup pickle brine from the jar
1 tsp dried dill weed
1/4 tsp salt
pinch pepper
I started by boiling the mini potatoes whole in a large pot of water for 15 minutes. They were drained and set aside to cool. Meantime, I mixed together the rest of the ingredients in a large mixing bowl. Once the potatoes were cool, I chopped them into small chunks and stirred them into the mayo dressing and gave the whole salad a toss to coat. 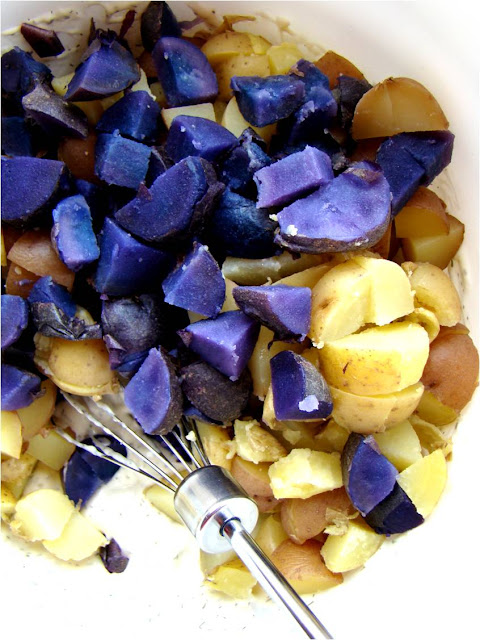 I couldn't believe the colour of those blue potatoes! I had never seen blue potatoes before, but I threw them in my shopping basket as soon as I did. I love stumbling across finds like that, and I knew they'd look fab in a potato salad. 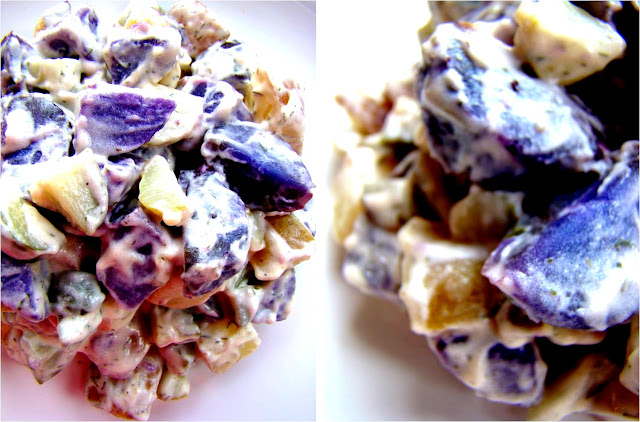 In case you're wondering, the blue potatoes taste the same as the red and yellow ones. And, in this case, that taste is fresh and dilly and bright!
Have you ever used blue potatoes before? What would you use them in? Show me your potato salad links!