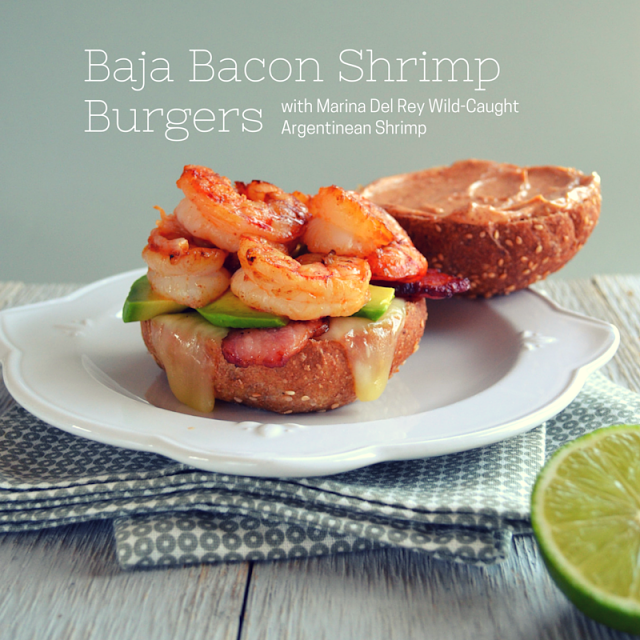 Burgers are a summer staple, but there's no need to light up the barbecue every time you get a burger craving. Think beyond the grilled patty and find a world of burger satisfaction straight from the stove top, like these juicy bacon shrimp burgers made with wild-caught shrimp piled on top of a toasted bun with crispy bacon, slices of avocado and a quick and tasty chipotle mayo.

I love shrimp. Always have. In restaurants as a kid, if popcorn shrimp was on the menu, and there often was in the 1980s, that was what I wanted. But there's shrimp and then there's really good shrimp. When Quebec-based Marina Del Rey Foods asked if I would like to try their wild-caught Argentinean shrimp, which they promised have a lobster-like flavour, I really did want, no I needed, a taste.

These shrimp are sourced from the southernmost coast of Argentina - right by Antarctica. They are sushi grade and free of colour, antibiotics and bacteria. They thrive in their natural habitat before being caught, eating only what they were meant to live off of in the natural, pristine waters. They are also shelled and deveined before being frozen, which makes cooking with them easy and makes them work for something like a burger because you're not trying to pull tails off while munching.

Before creating this burger recipe, Mr. Feedbag and I tried out these shrimp in tacos and sautéed with garden zucchini and garlic and tossed with bowtie pasta. The flavour was exactly as described - slightly sweet with a lobster-like flavour. So when it came to developing a recipe to share with you here, I borrowed from the idea of a lobster roll.

The flavour, the texture, the versatility - these really are the shrimp of my dreams. You're going to love them! Get the recipe for my Baja Bacon Shrimp Burgers below... 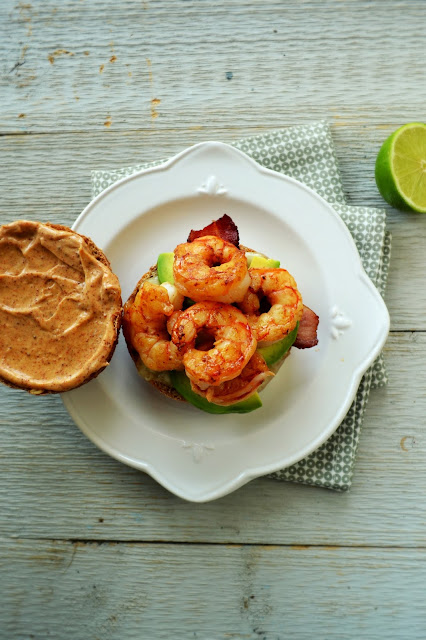 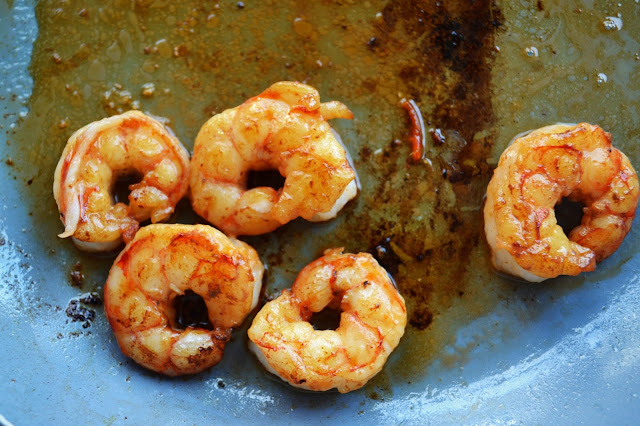 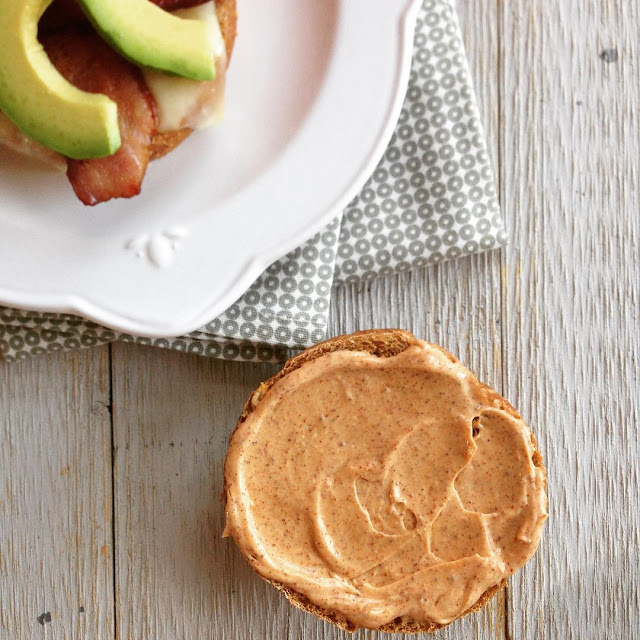 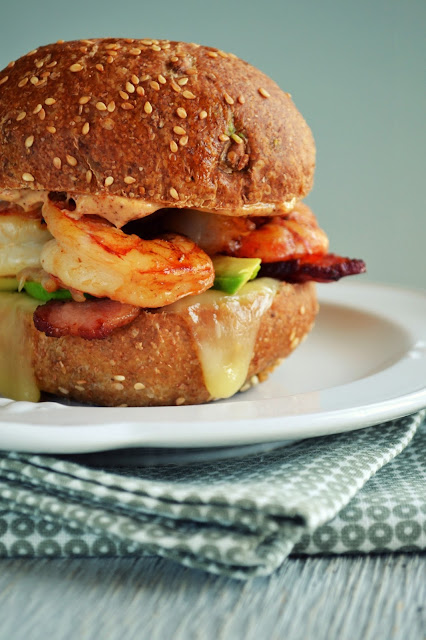 Set a frying pan over medium heat. Set the oven to broil (low). Add the shrimp to a medium mixing bowl, cover with cold water and set aside.

In a small mixing bowl, stir together the mayonnaise and chipotle powder and set aside.

Add the bacon to the hot frying pan, sizzling 3 to 4 minutes a side until lightly crisp. Transfer the bacon to a small plate. Once cool, cut or tear strips in half.

Meantime, slice the buns in half and lay cut-side up on a baking sheet. Divide the cheese evenly and position on the two bottom buns. Position the baking sheet under the broiler until the cheese is melted, which should take 2 to 3 minutes. Remove from the oven and set aside.

Drain the shrimp well and pat dry with a paper towel. Add the shrimp to the bacon fat in the still-hot frying pan. Sauté 2 to 3 minutes a side until fully cooked. Remove from the heat. Squeeze the lime juice over the shrimp in the pan.

To build each burger, top the cheesy bottom bun first with 2 pieces of bacon, then 3 slices of avocado and 5 shrimp. Serve with the chipotle mayo spread under the top bun.

NOTE: If you don't like it spicy, use a mild chipotle powder or substitute a regular mild chili powder instead.


What would you make with a package of wild-caught Argentinean shrimp?
﻿