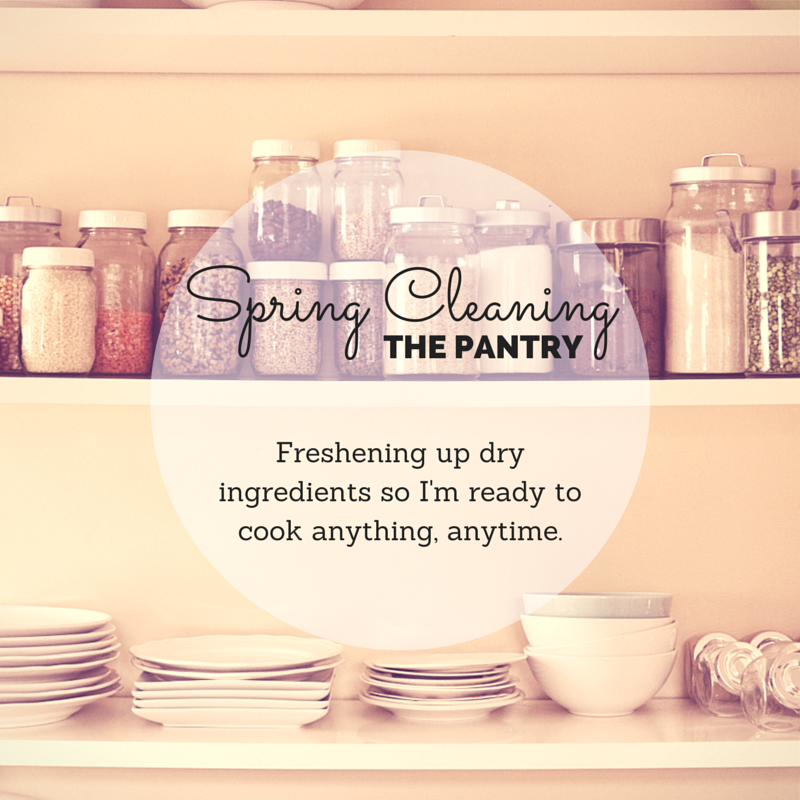 I am an expert at seeing something that needs to be done and not doing it.

The garbage can in the kitchen can take a surprising amount of things stuffed into it by me and the kids before it gets changed. Or at least until Mr Feedbag gets home from work and does it with a silent distain for the task that I let slip all day. Again. Same, too, goes for the vacuuming around here. It's not that I like dust bunnies under the end tables, but rather I seem to be able to tolerate them better than the thought of dragging a 40-pound sucking machine around the house.

I tell myself lots of people do this. Laziness loves company, I think the saying goes. Or some such. Eventually I get around to doing these things, and every time I do the end result is the same - a tidy house and a new resolve that I'm not going to let it go as long next time.

The dry pantry ingredients kept in jars on my kitchen shelves require maintenance too. Spring is here and since convention rather than instinct tells me it's time to clean and get the house in order - and since a CTV crew was coming over to film a segment about cooking for a family - I decided to tidy up and pretty-up my dry pantry. We go through this stuff steadily with the amount of cooking that goes on in this small kitchen, but contents get low and the jars need a good cleaning now and then.

So, with jars big and small spread out on my dining table and bags of fresh ingredients, I got to work cleaning and refilling. New beans went into the jars first, topped with the older ones so I use them up first. Same thing went for lentils, rice, flours, sugars and so on. Wash rinse repeat.

Now my dry pantry looks fresh and organized again, and I'm ready to cook anything, anytime. Feeling good, that's me. And I certainly won't let it go as long next time. 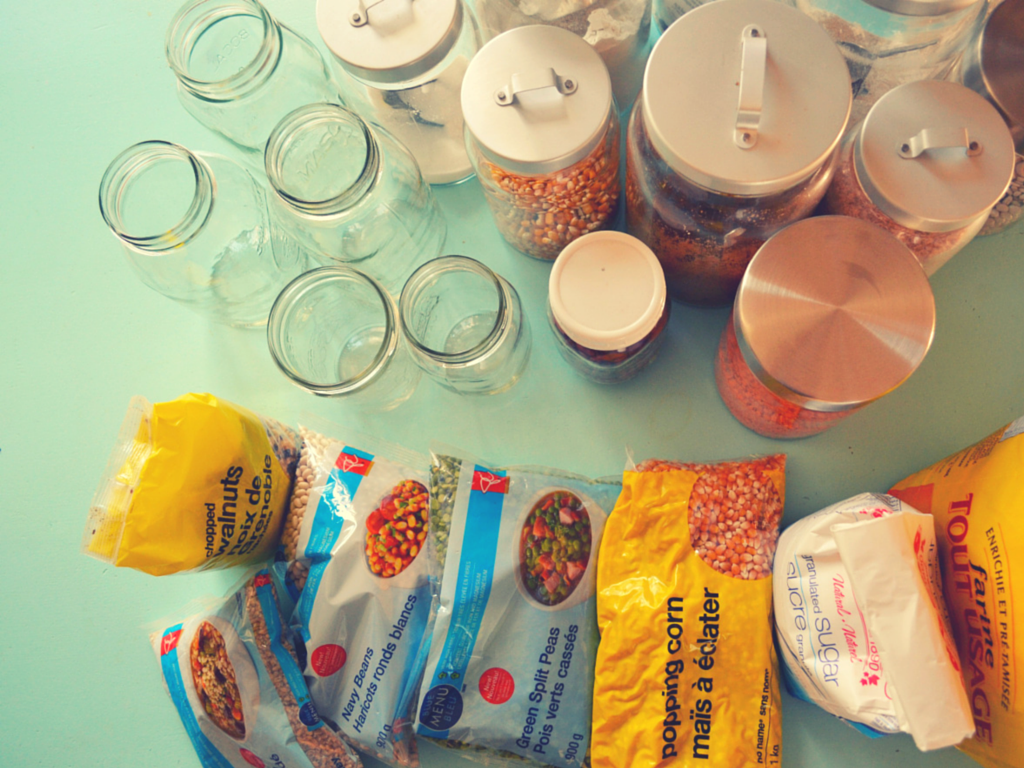 What task are you an expert at ignoring?
﻿