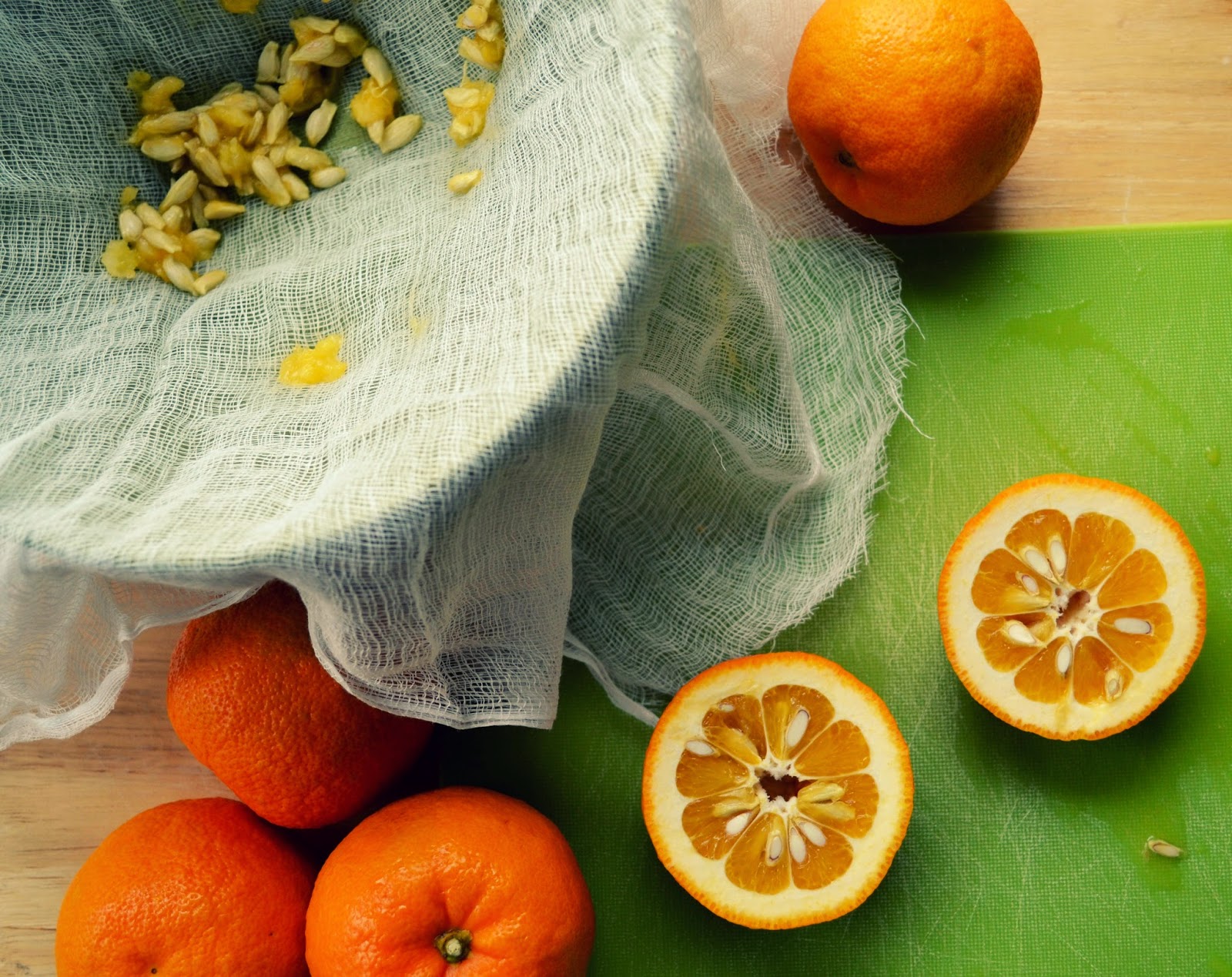 Winter Sundays are for making marmalade. We're hitting the peak of citrus season right now, which means it's the best time of year for making anything with oranges, and lazy Sundays offer the time needed to indulge in the slow process of marmalade making.
You can make marmalade from any citrus fruit, which you'll discover in detail in the marmalade chapter of my upcoming cookbook The Canning Kitchen (which I can officially tell you will hit bookstores on June 9th, 2015, by the way!). Limes, grapefruit, lemons - they all make marmalade in their own wonderful ways. But the gold standard is a Dundee marmalade made with thick-cut Seville oranges.
Seville's are a Spanish variety, known for their delightfully bitter flavour. They're not much good for eating out of hand, but their sourness combined with their tender skins and plentiful pectin-rich seeds make them ideal for making marmalade. Thankfully, this variety is also grown in the United States and imported to Canada, so I got my hands on a few pounds earlier in the week to make my classic orange marmalade come Sunday.
The result is a sunny orange preserve that balances sweet with sour, and brightens up winter mornings with hot buttered toast and a cup of black tea. 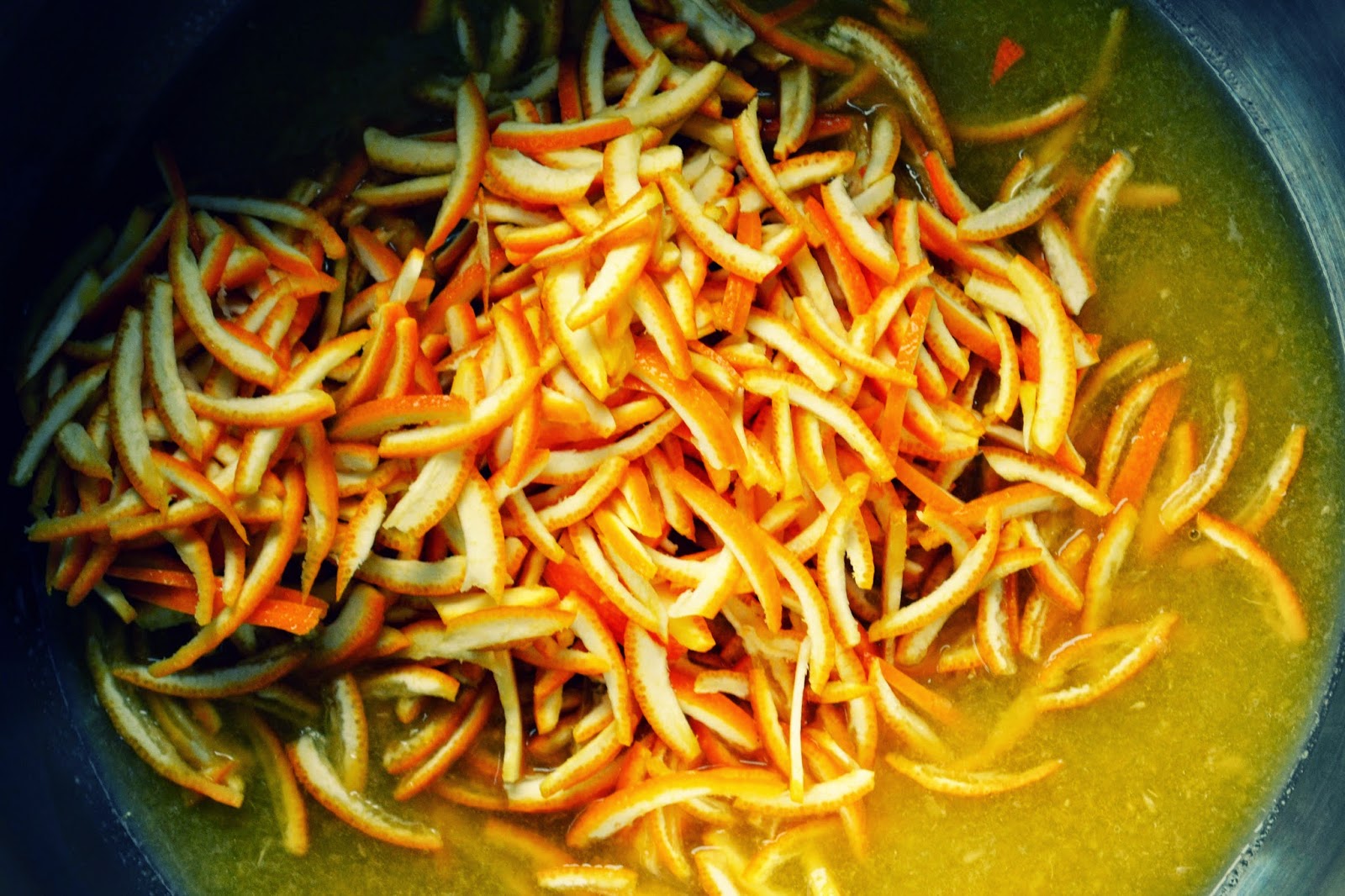 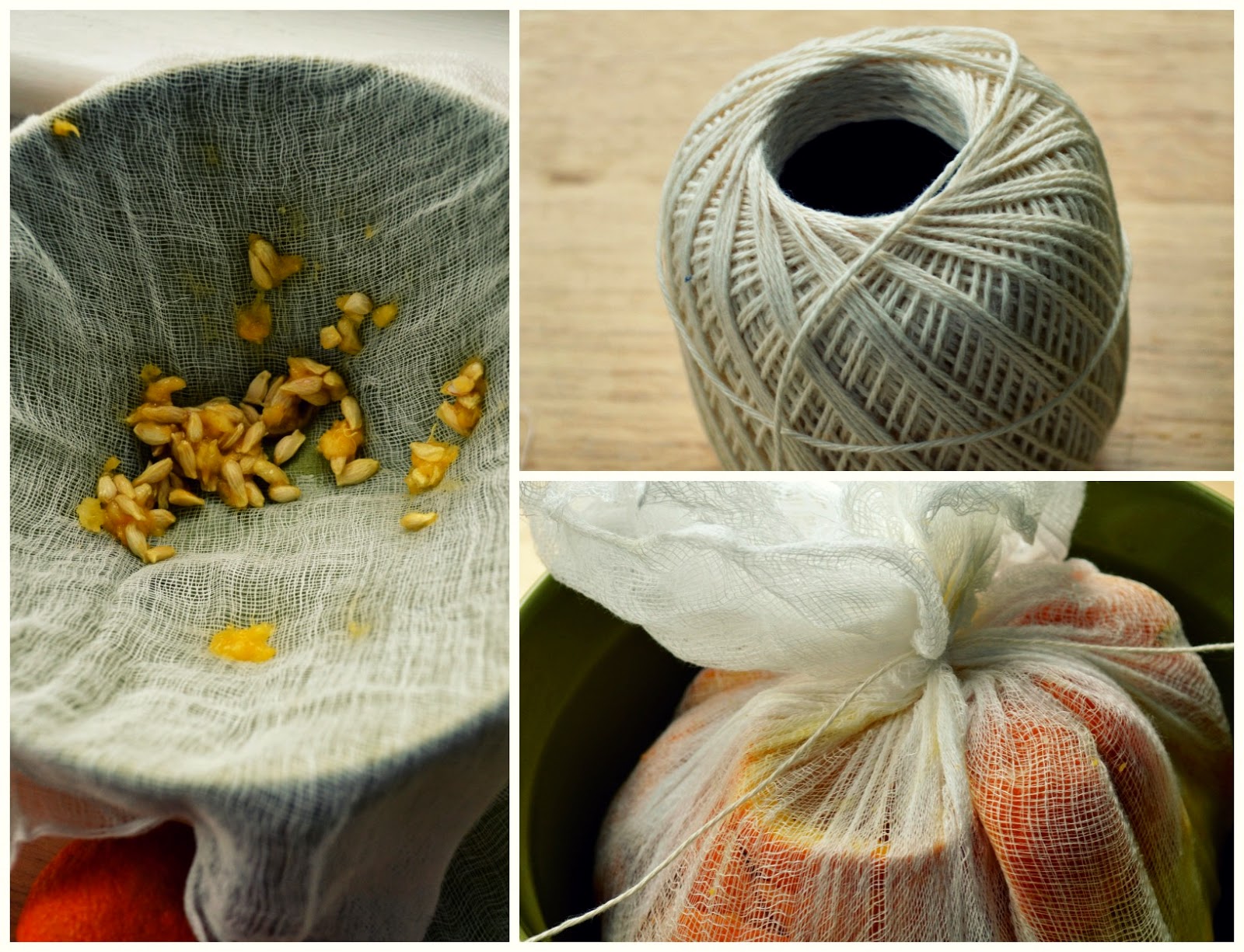 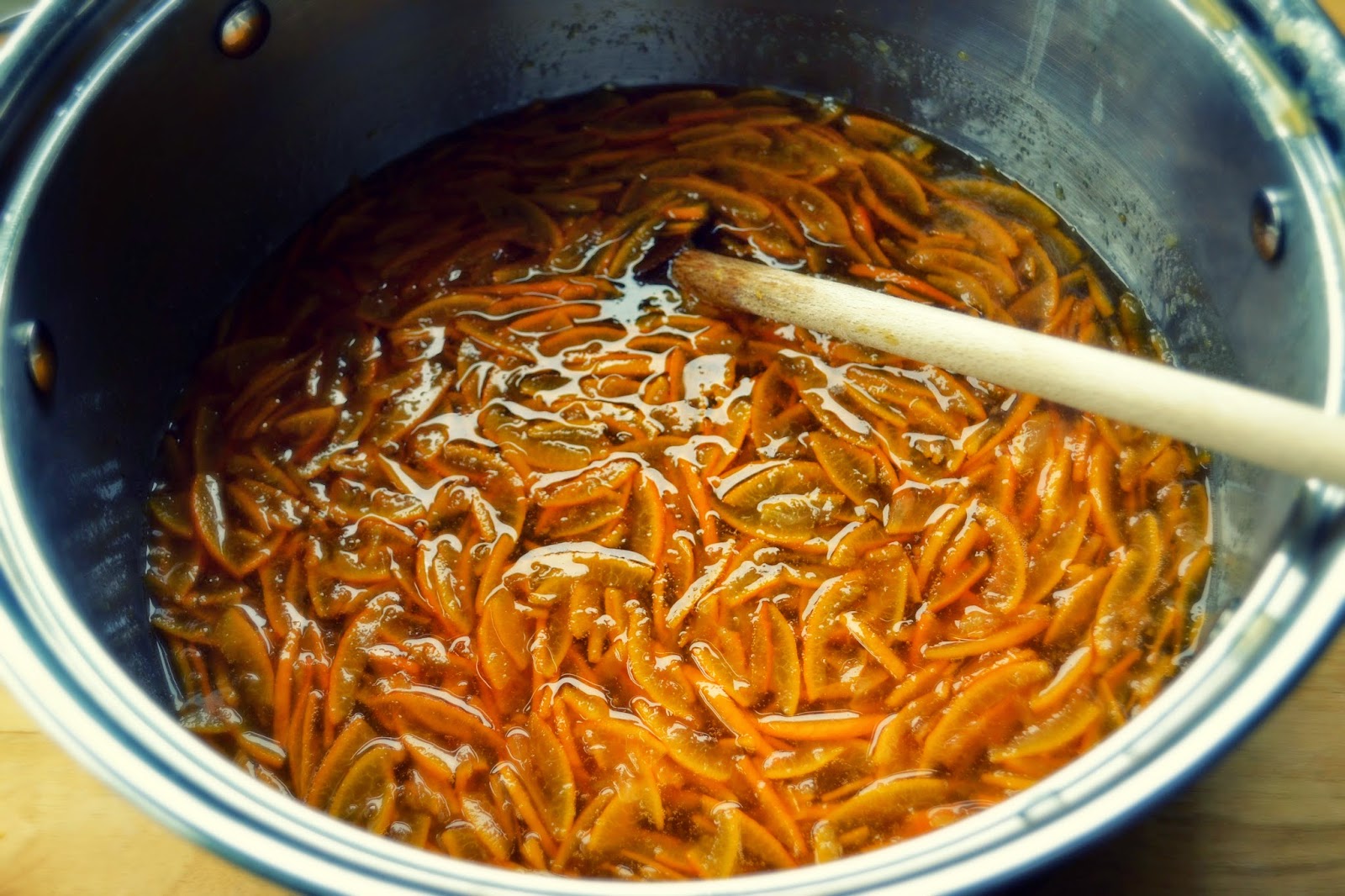 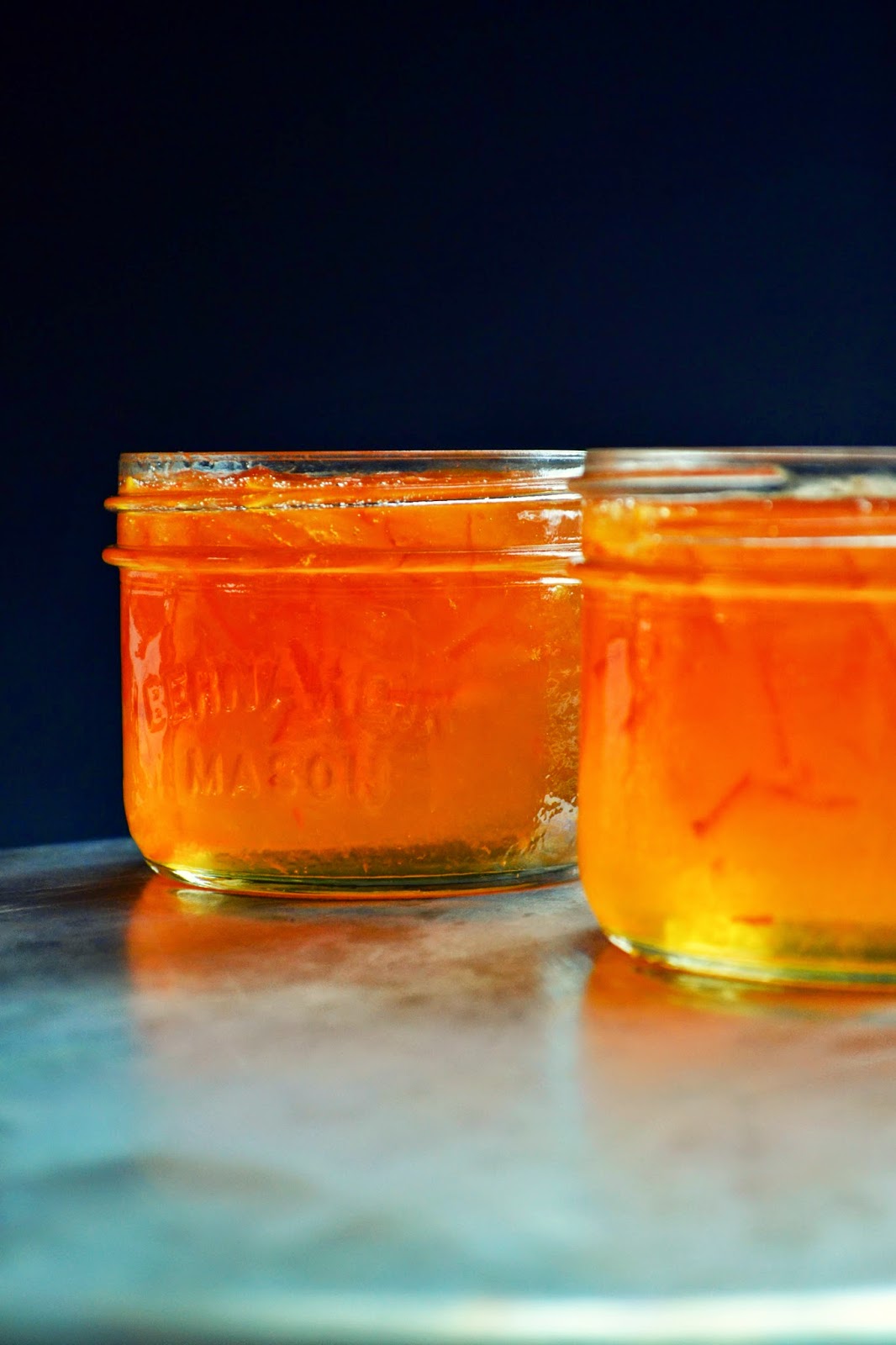 Get this orange marmalade recipe in my upcoming cookbook, The Canning Kitchen, which will be in bookstores on June 9, 2015.
﻿