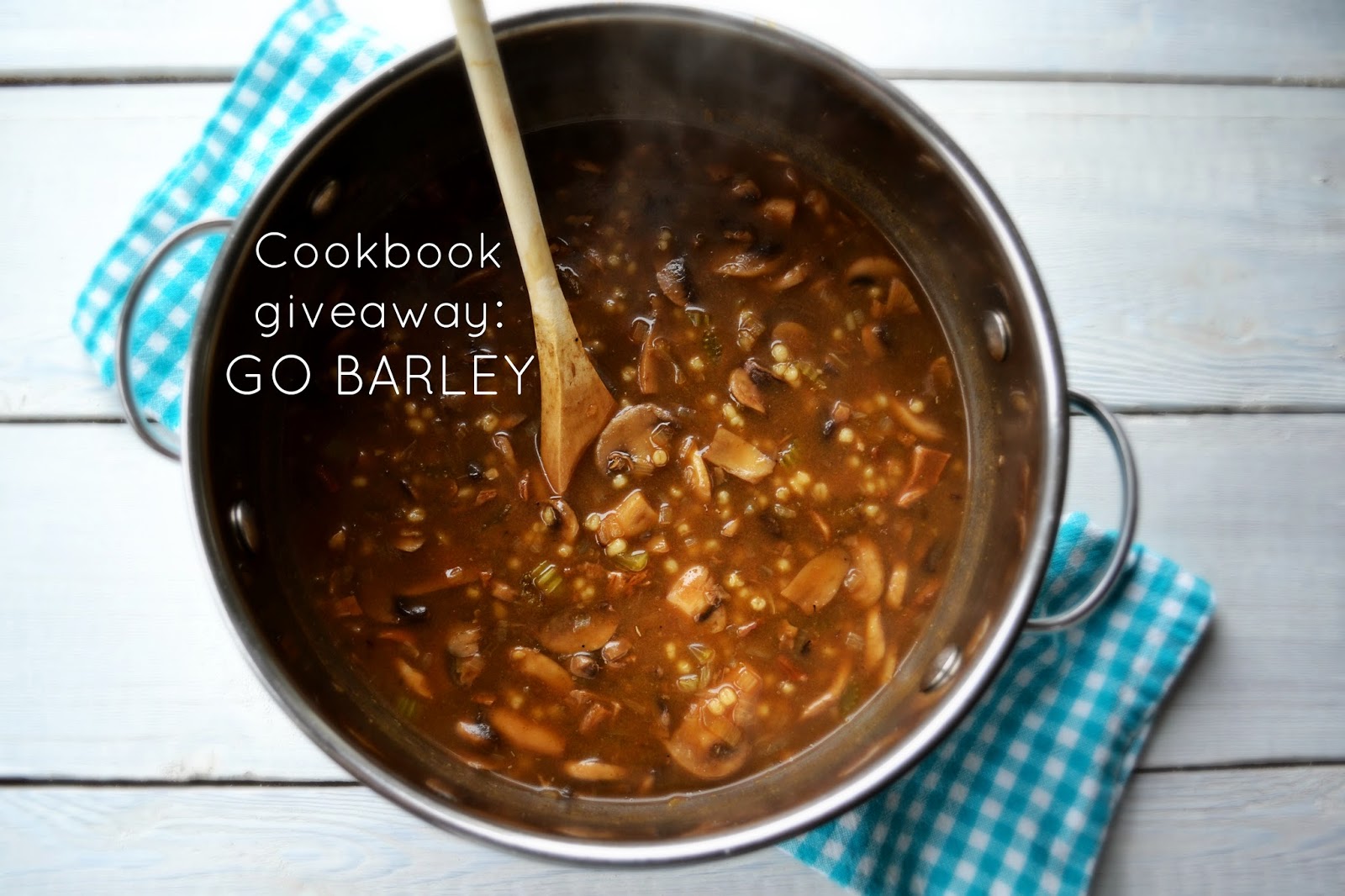 Disclosure: The generous folks at Alberta Barley and TouchWood Editions are providing a giveaway copy of Go Barley to one of you, as well as a personal copy for my own lucky library. The cost of ingredients for this post was also provided.

There's something about cooking with barley that just feels like a good thing. Those creamy little pearls add satisfying texture and flavour to soups and stews, yes, but a new cookbook by Linda Whitworth and Pat Inglis shows just how many ways home cooks can use barley. Go Barley: Modern Recipes for an Ancient Grain covers the classics with recipes like Beef and Barley Stew and Best Barley Bread, but it also introduces us to playful recipes such as Barley Jambalaya, Berry Barley Shortcake and a Barley Granola of Grains, Nuts, and Fruit. The book takes us from breakfast to dinner, from drinks to dessert, and everywhere in between using this simple and versatile grain. The best part is I'm giving away a copy of this new cookbook to one of you!

Before we get to the giveaway, I want to share the Go Barley recipe that first caught my eye. Country Mushroom and Barley Soup on page 55 is a recipe after my heart. Dried porcini mushrooms, sliced fresh white mushrooms and tender barley come together in a deeply-flavoured broth for a hearty, stick-to-your-ribs pot of comfort food. It's from the more classic approach to cooking with barley, but who am I to question tradition? This soup is the kind of home-cooked perfection that stands the test of time because time simply doesn't make it any less delicious. Lucky for all of us, the Go Barley team is happy to have me share their recipe here on Family Feedbag. So help yourself to this beautiful soup recipe and enter at the bottom of this post to win your very own copy of Go Barley! 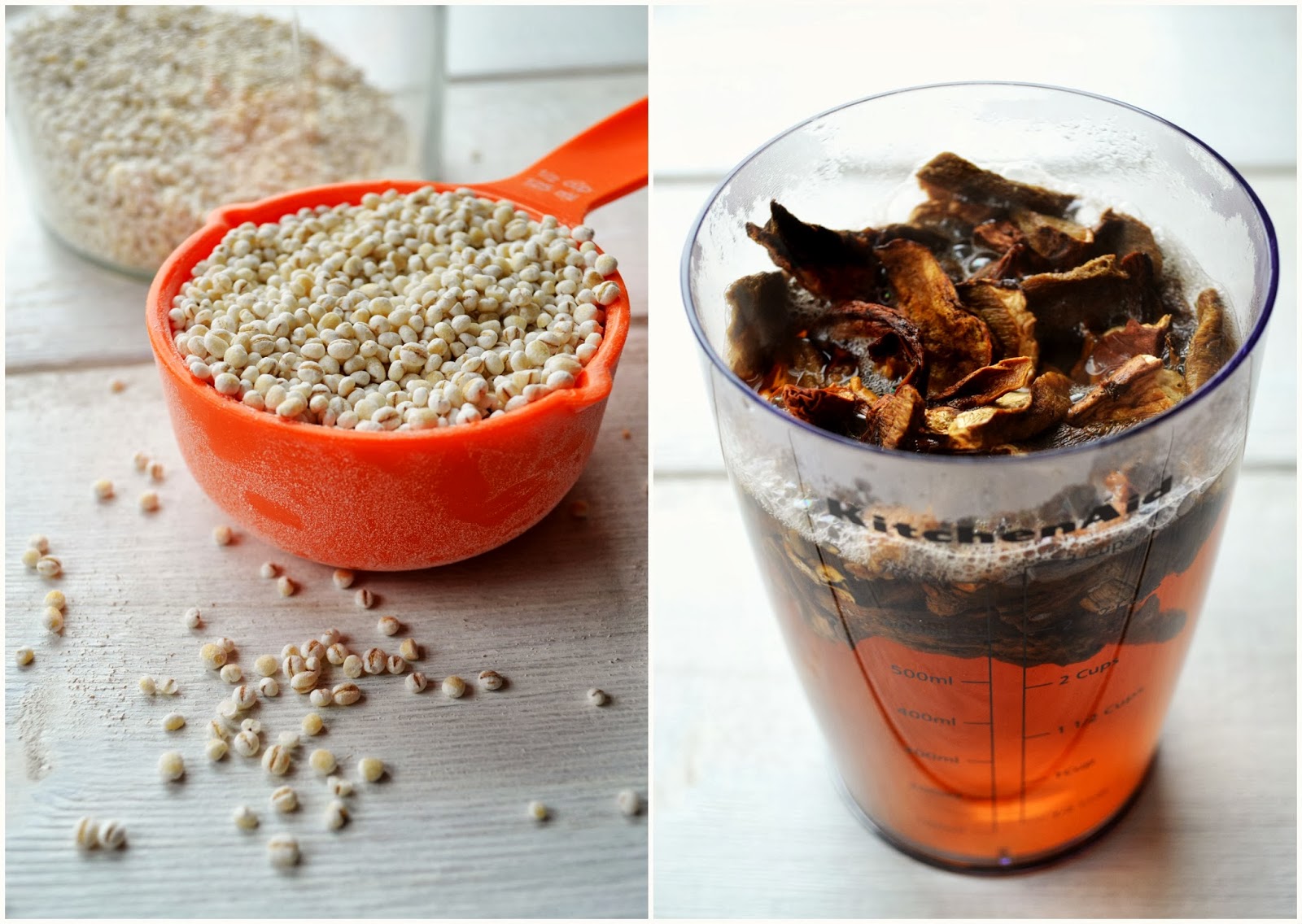 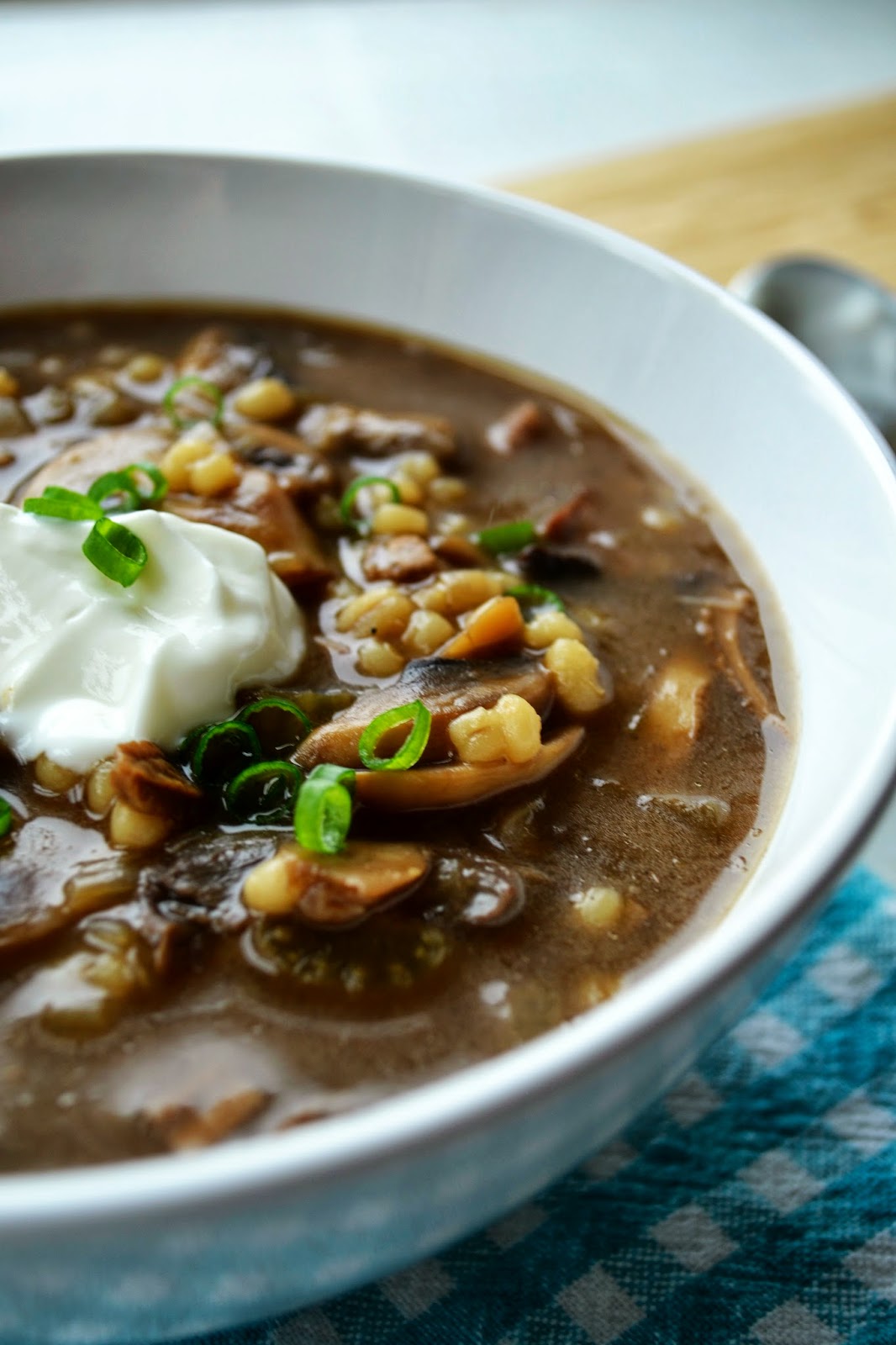 In a medium saucepan over high heat, bring barley and 1 1/2 cups (375 mL) of the broth to a boil; cover pan and reduce heat. Simmer barley until tender, about 40 minutes.

In a Dutch oven or large saucepan over medium, heat oil. Add shallots and cook until softened, about 2 minutes. Add sliced mushrooms; stir and cook for 8 to 10 minutes, until they start to brown. Stir in porcini mushrooms, celery, sage, salt, and pepper, and cook for about 3 minutes. Sprinkle mixture with barley flour; cook and stir until flour is mixed in. Add soaking liquid and remaining broth. Bring to a boil, then reduce heat and simmer, stirring occasionally until soup has thickened, about 20 minutes. Add cooked barley and simmer until heated through, about 4 minutes. If desired, just before serving, spoon a quarter of the sour cream into the center of each portion. Garnish each serving with chives.

Enter to win a copy of Go Barley: Modern Recipes for an Ancient Grain by leaving a comment below telling me your favourite way to use barley. One winner will be selected randomly at 9 p.m. ET/6 p.m. PT on Thursday, February 27th, 2014. Please leave an email address so I can reach you if you've won!