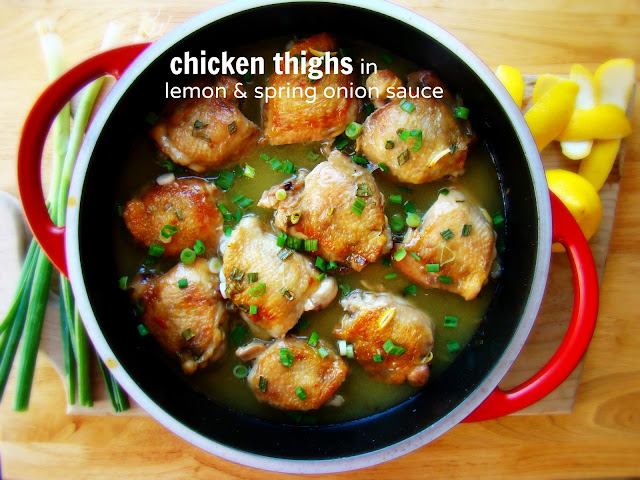 Home cooks usually know which of their neighbours love to cook. They're the people you go to when you're an egg short or in need of a third overripe banana to make up one cup mashed. They're the people who are a good bet to have random ingredients like sun dried tomatoes or fresh basil on hand, and they are usually thrilled to be useful to another home cook. Striding back down their front steps toward your own home kitchen there's the sense of an unspoken pledge that you'll gladly return the favour the next time your recipe rescuer needs rescuing themselves.

Some of my best inspiration comes from my neighbours. The moms talk about homemade popcorn flavourings and favourite local bakeries, the gardeners chat about what veggies they're planting this spring, and this week the single dad across the street invited me to go through some of his older cookbooks and culinary magazines before he got rid of them. Among my favourite neighbourhood cooks is the woman next door who has been baking off our backyard apple tree for years longer than we've lived in this old house. She's always up for a chat about what she's baking or what she's preserving in her canning pot. Last year she gave me a jar of lemon marmalade and told me she likes to put some in the pan when she's cooking chicken. I think about that every now and then when I spread marmalade on toast, so that's where the inspiration for this dish came from.

It starts with chicken thighs browned in a large, deep pan. Then a sweet and tangy marmalade-like sauce is prepared right in the pan using lemon juice, thinly sliced lemon peel, sugar and chopped spring onions, before popping the whole pan in the oven to finish cooking. Served with oven-roasted potatoes, I'm filing this under cheery springtime comfort food. 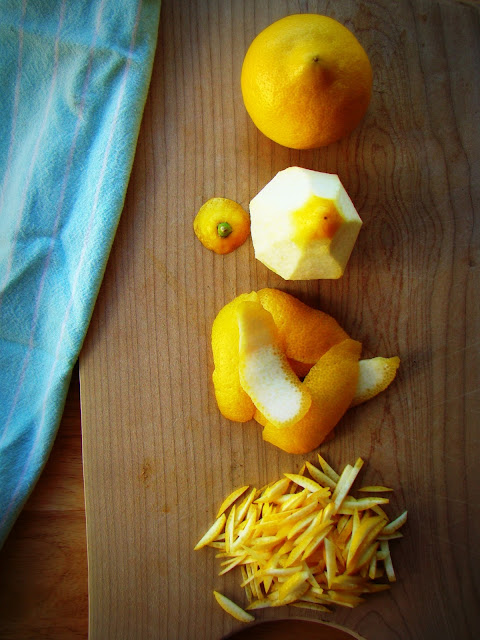 Here's how I made it:
makes 4 servings

While my oven preheated to 400 degrees (F), I cut the end off one of the lemons and stood it on the flat end. Using a sharp knife, I cut off the yellow peel in strips. The strips were then cut into thin slices. That lemon and the remaining lemons were then juiced until I had 3/4 cup of juice. In a medium mixing bowl, I stirred the cornstarch into the juice until fully dissolved, then added the sugar, warm water and strips of peel, and set the sauce aside.

In a large, deep oven-safe pan, I heat the olive oil on the stove over medium-high heat until hot (the chicken should sizzle when it hits the pan). I added the chicken thighs, skin down, and cooked for 6-7 minutes until nicely browned. I seasoned the chicken pieces with the salt and pepper, then flipped the pieces over, cooking another two minutes. The chopped green onion was sprinkled over the chicken, then the sauce was poured into the pan. Turning the heat to high, I brought the sauce up to a hard boil, then the skillet was transferred to the oven to finish cooking, uncovered, for 20 minutes. 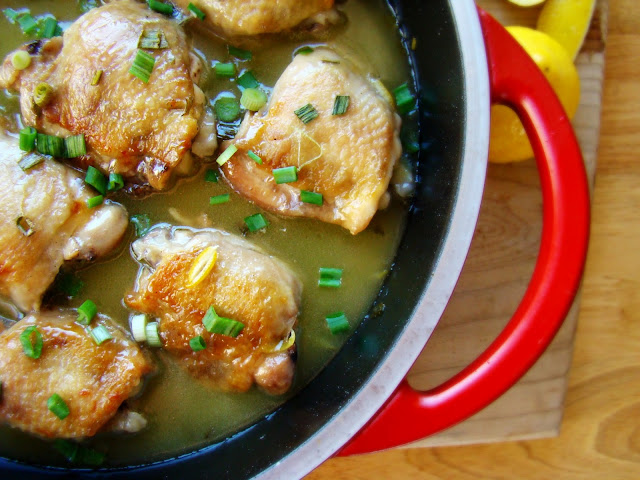 This would make a nice potluck dish with some rice or roasted potatoes, for those other times when neighbours get together.


Do the home cooks in your neighbourhood help each other out? Or are you unsure whether to ask for an egg?