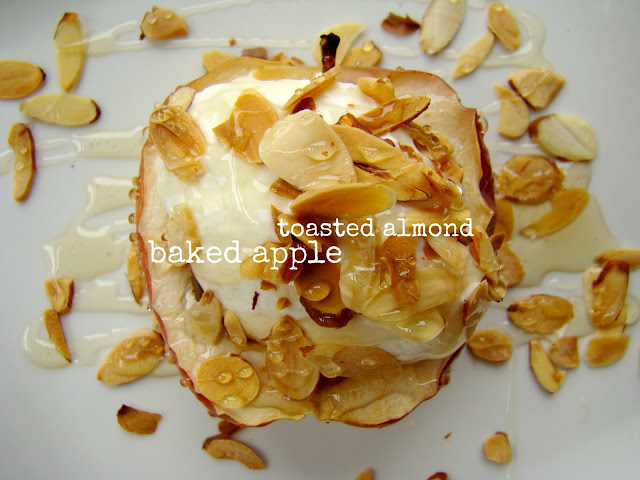 If there was a goddess of snacking, she'd eat this. It starts with a single apple sliced in half, cored and stuffed with chocolate, then baked in a hot oven until the apple is tender and the chocolate is melted. Once transferred to a plate, the apple gets dressed up with a dollop of cold Greek yogurt, toasted sliced almonds and a drizzle of golden honey. It's creamy, crunchy, cool and warm all at once.

I wrote this recipe after receiving some information from the Almond Board of California. Call me a fork dork, but I love hearing from these kinds of industry groups because they're so proud of their product and want everyone else to like it as much as they do. Well, it doesn't take a lot of convincing to get me to like almonds. I have long adored them as a snack and in many of their forms - whole, sliced, slivered, chopped, ground, almond butter, and almond milk. Then there's the toasting! A toasted almond is a beautiful thing, so that's what crowns this five-ingredient, two serving snack. Grab a knife and fork and dig in. 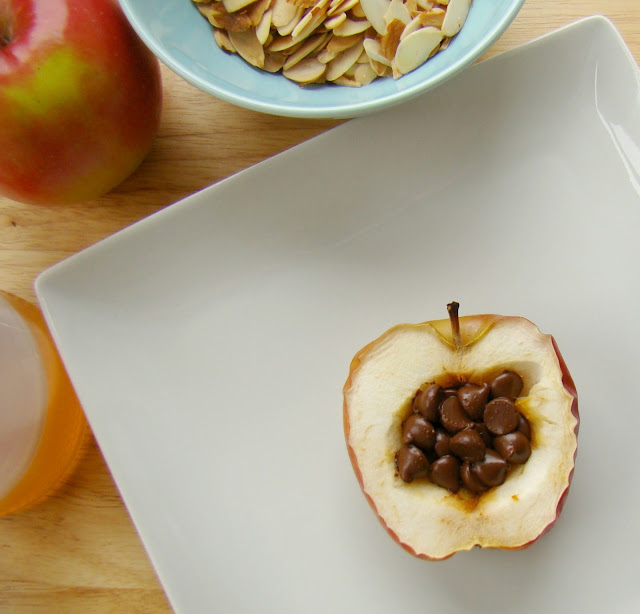 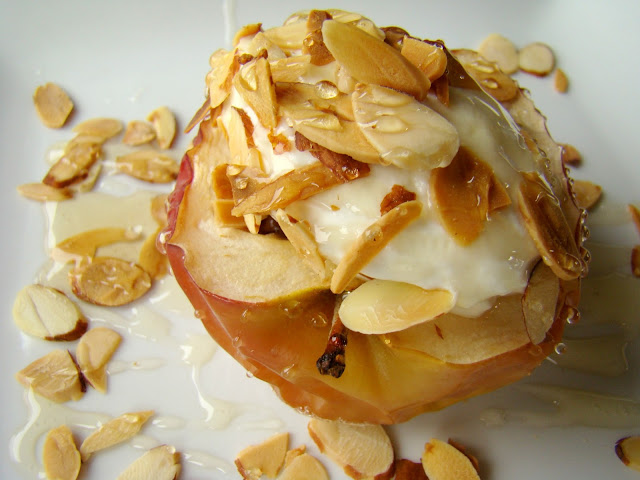 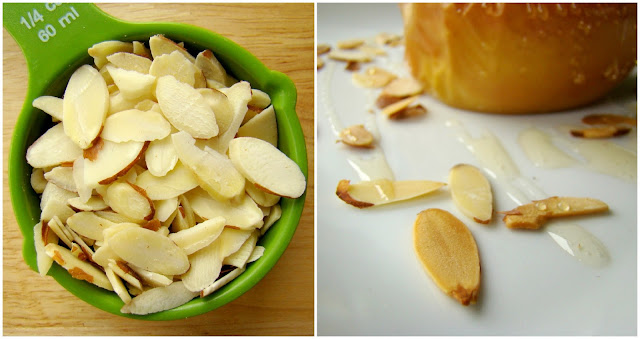 Here's how I made it:
makes 2 snack or dessert servings

While my oven preheated to 400 degrees (F), I sliced the apple in half vertically and scooped out the core. To help them balance on my baking sheet, I sliced a small circle off the back of each apple half. The chocolate chips were stuffed into the apple centres, then I popped them in the oven on the baking sheet for 20 minutes. After transferring the baked apple halves to individual serving plates to cool slightly, I lined my baking sheet with parchment paper and spread the almonds in a single layer. I popped them into the 400 degree (F) oven for 3-4 minutes, watching carefully so they didn't burn. The apple halves were quickly topped with a heaping tablespoon each of yogurt, a sprinkling of half the toasted almonds and a drizzling of half the liquid honey.


Yup, the goddess of snacking would approve.


How do you like to use almonds in your kitchen?