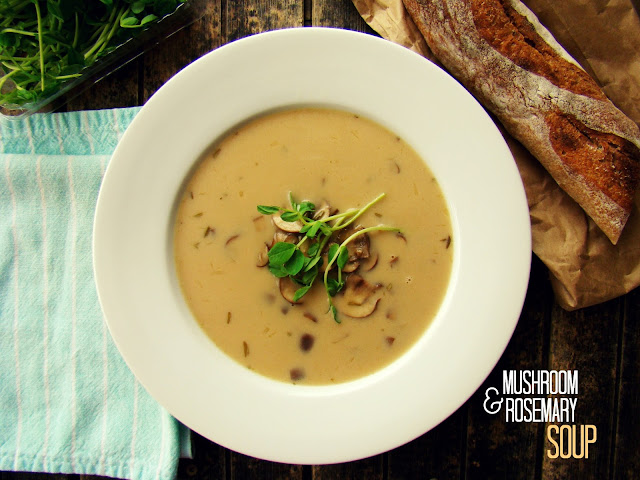 This is late winter comfort food for me. A big bowl of warm and silky mushroom soup and some fresh bakery bread is a meal in itself. Insert the obligatory mushroomy words like umami and earthy here, but the fresh rosemary in this soup definitely shines through as Best Herb in a Supporting Role. The combination is a longtime favourite of mine, and I've used it previously in this recipe for pork chops with rosemary and mushroom cream sauce that I wrote for Mushrooms Canada.

For me, the key to good mushroom soup is in not rushing. I cook the mushrooms until they release their moisture. Once the moisture evaporates, I cook a few minutes longer to get the mushrooms even darker and richer in flavour. Most soup-making is similar, really. The best soups are all about what happens before the liquid is added. 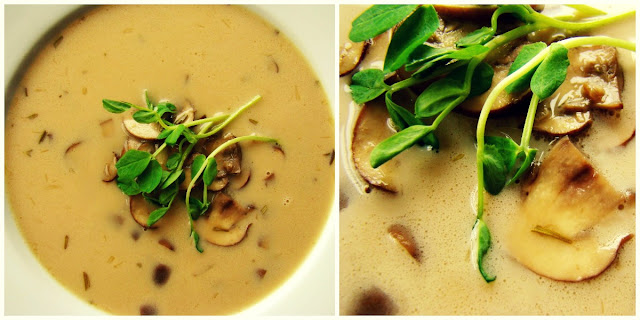 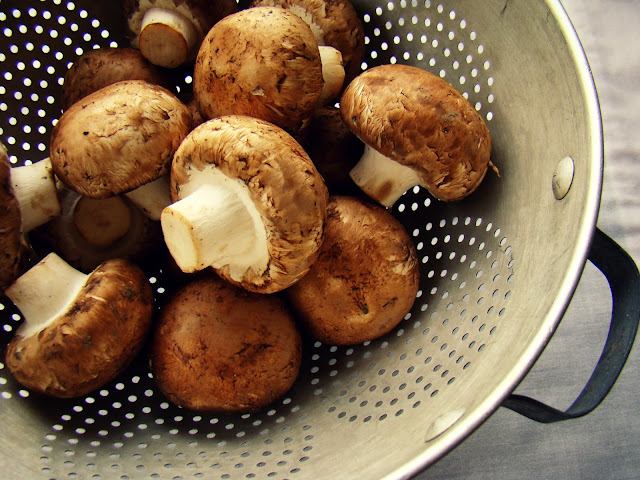 Here's how I made it:
makes 4-5 servings

I melted the butter in a large soup pot over medium-high heat, then added the mushrooms, onion, garlic and rosemary and cooked until the moisture in the mushrooms was released and evaporated. I continued to cook a few minutes longer to help the mushrooms darken further. The flour was stirred in to thoroughly coat the mixture, then I added the stock, water and soy sauce and brought the soup up to a boil over high heat. Once bubbling, I lowered the heat to medium-low and allowed the soup to simmer, covered, for 20 minutes. The cream was stirred in with just a few minutes left in the simmering time. The pea shoots were used as garnish at serving. 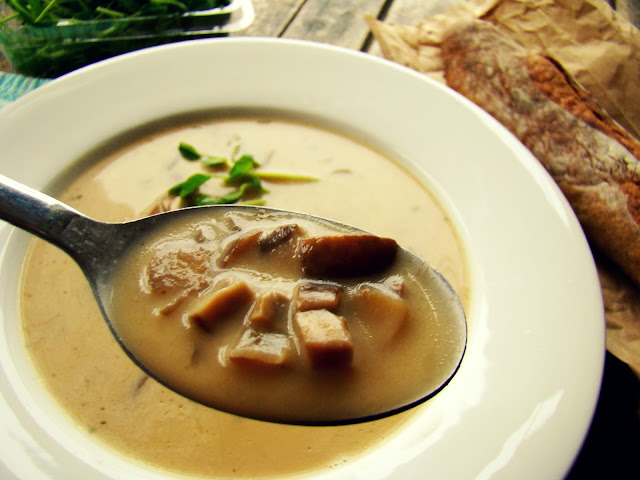 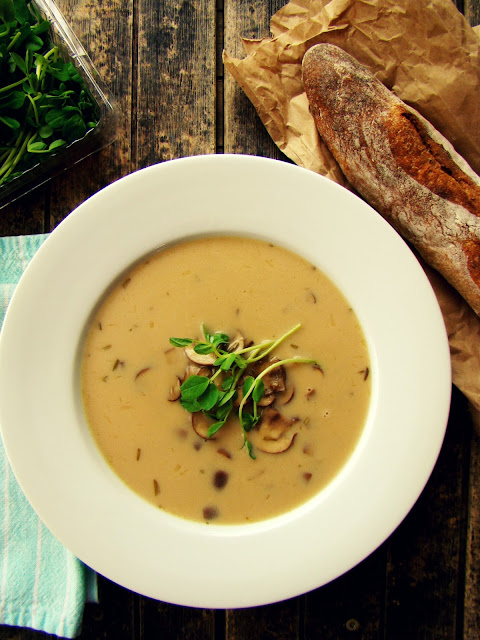 As gorgeous as a homemade soup is, I confess I love a small stack of soda crackers crumbled into the bowl!