Leek and potato soup with pork 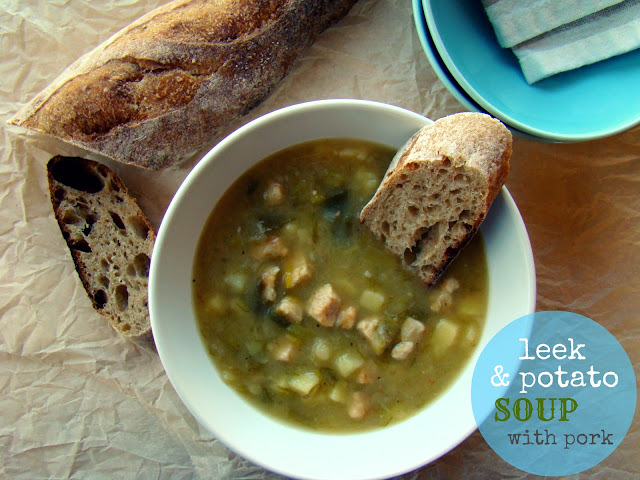 The veggie garden has been put to bed for the winter. Well, except the leeks. I'll continue pulling those up over the coming weeks to add to savoury soups and stews like this thick and comforting leek and potato soup. I adore leeks. They add depth of flavour and colour and are easily one of my favourite ingredients to use in fall and winter cooking.

There was a single pork chop in the fridge that needed using up, so I diced it to start this soup off. Once browned, the rest of the ingredients joined the diced pork in the pot to simmer together in heavenly harmony until the bits of pork and potato were deliciously tender. This is peasant food. Humble and homemade. 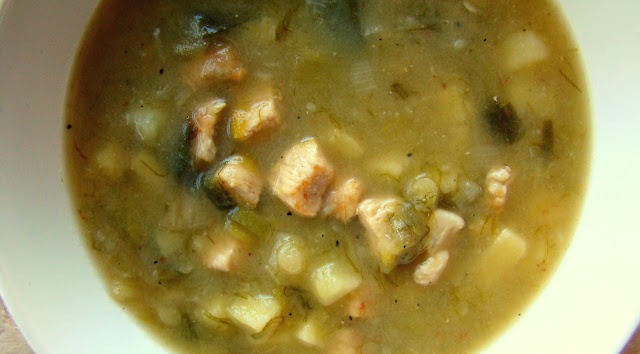 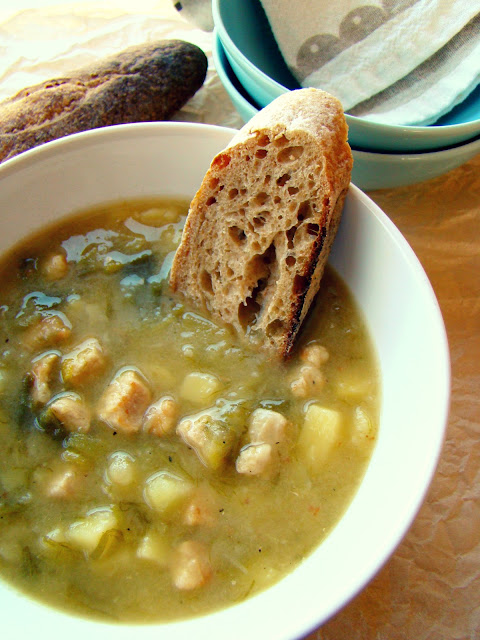 I started by melting the butter over medium-high heat in a large soup pot. I added the diced pork and cooked until brown and beginning to caramelize around the edges. The remaining ingredients were added and brought to a boil over high heat. Once bubbling, I turned the heat to low and allowed the soup to simmer, covered, for 45 minutes. 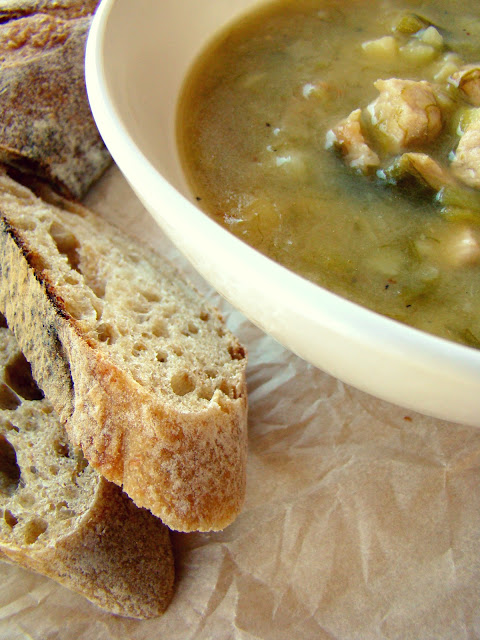 Some crusty bread was right at home with this bowl of soup. Dip dip yum!