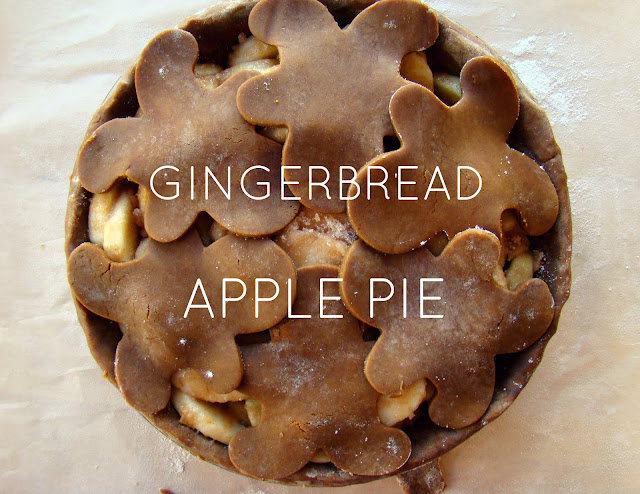 It happens a few times each year. I go into pie mode. My rolling pin spends nearly as much time covered in flour on the kitchen counter as it does tucked away in the kitchen gadget drawer (you know the one) waiting for me to heft it out again. After spending an afternoon making pies at my community centre for an event this week, I could feel myself enter full-on pie mode and I was craving a pie project at home that would result in something a little out of the ordinary. With a festive spirit, I began scheming to come up with this recipe for classic apple pie with a gingerbread pastry crust.

Ground ginger, cinnamon, nutmeg and cloves were thrown into the dry pastry ingredients and I reached for the molasses instead of my usual egg in the pastry dough. To close the gingerbread deal, the top crust was assembled with individual pastry gingerbread men, cut with a cookie cutter, holding hands around the pie. The cuteness is almost too much.

Sometimes kitchen experiments don't turn out as I had imagined. This wasn't one of those times. This pie turned out exactly as I had hoped - warm bites of cinnamon apple filling between layers of distinctively festive and flaky gingerbread pastry. Simply delish! 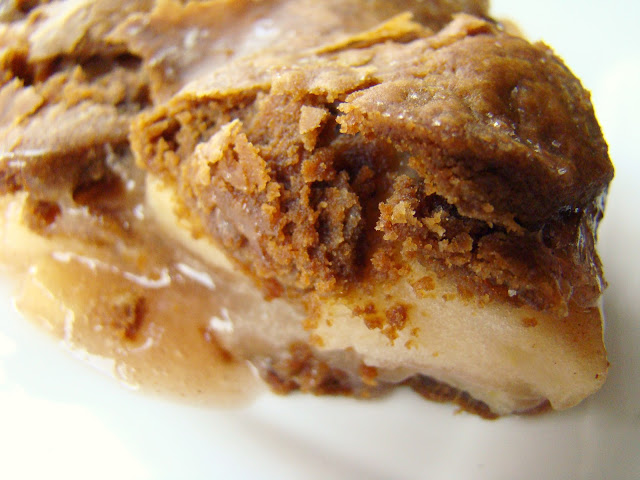 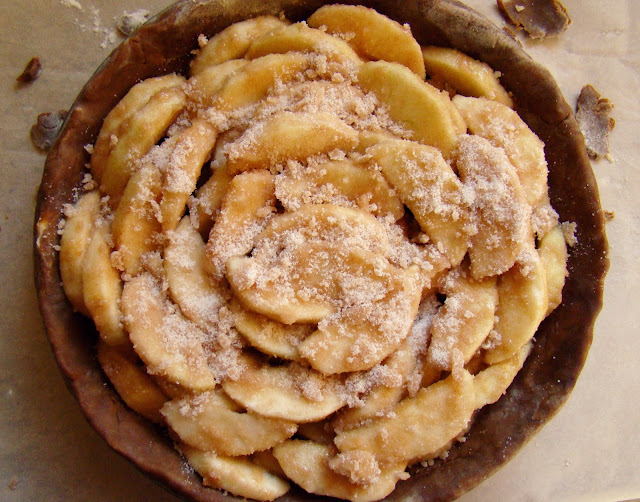 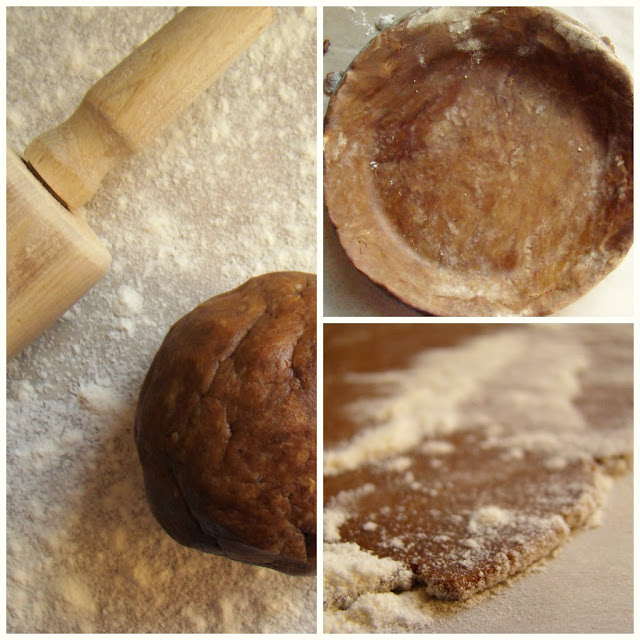 To make the pastry, I whisked the flour, sugar, salt and spices in a large mixing bowl. I cut in the shortening and butter using a hand pastry blender (this can also be done with two knives cutting across each other) just until the mixture was uniformly crumbly. In a small bowl, I combined the molasses and vinegar and stirred the wet ingredients into the dry ingredients using a fork. The pastry was divided in half and formed into two balls. One ball was rolled on a floured surface and transferred to a 9-inch pie plate. The other ball was set aside.

To make the filling, I added the apples to a large mixing bowl. In a smaller bowl, I mixed the sugar, flour and cinnamon. The dry ingredients were poured over the apples and tossed to coat. The filling was added to the pie plate.

To form the top crust, I rolled out the other ball of pastry to a 1/4-inch thickness and used a gingerbread man cookie cutter to make six cut-outs, and arranged them around the pie. To finish, I brushed the top crust with the milk and sprinkled with the sugar.

The pie was baked in a pre-heated 400 (F) degree oven on the bottom rack for 10 minutes, then transferred to the middle rack to bake for another 35 minutes at 375 (F) degrees. 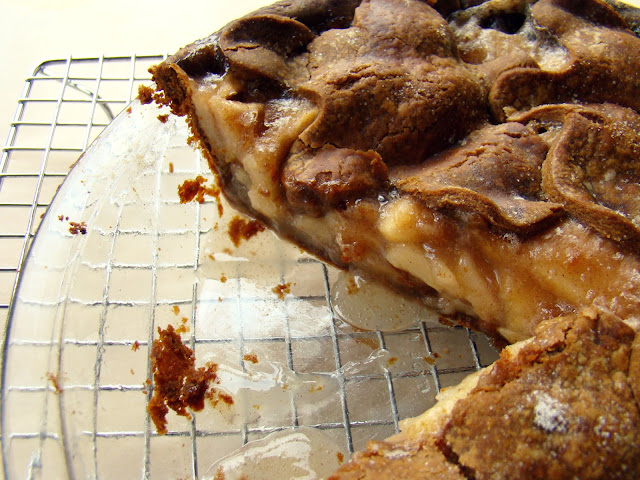 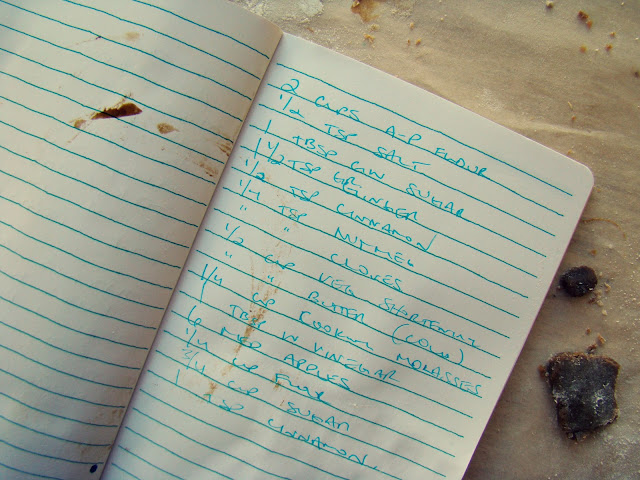 Are you a gingerbread fan? How do you use gingerbread flavours in your kitchen? Are you in any particular "mode" right now? Leave a comment and tell me about it!