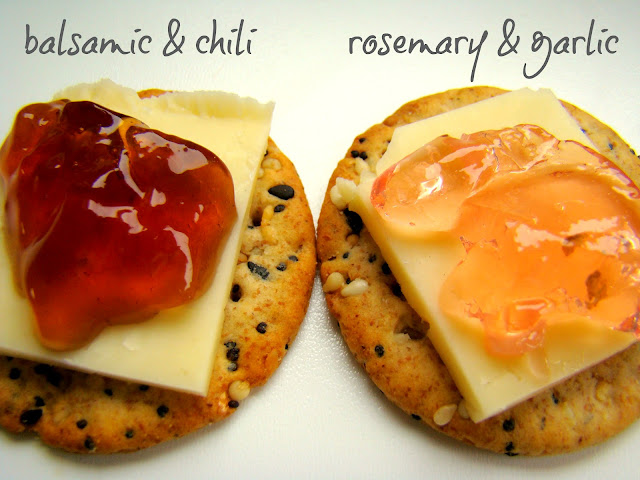 Canning season is still in full swing and, as usual, I'm trying to make the most of the backyard apple tree. With canning, I try to preserve only what we'll actually eat. Since the kids aren't big into applesauce this year I've been finding other ways to preserve all those beautiful bright red apples before they're gone for another year.

These two apple jellies start out being prepared the same way. One ends up as a sweet yet savoury rosemary and garlic apple jelly, and the other becomes a sweet and tangy, amber-coloured balsamic and chili apple jelly. Both feel like a little bit of home cooked sophistication with crackers and cheese or some crusty bread.

Apples are loaded with natural pectin, particularly the skins of underripe apples, so they're ideal for making jellies that firm up nicely on their own. In this recipe whole apples, seeds and all, are combined with some water and boiled down to a mush, then strained through cheesecloth in a large collander to extract the clear pectin-rich liquid. The liquid is then brought up to a boil with added sugar, vinegar and other seasonings to make the unique spreads. 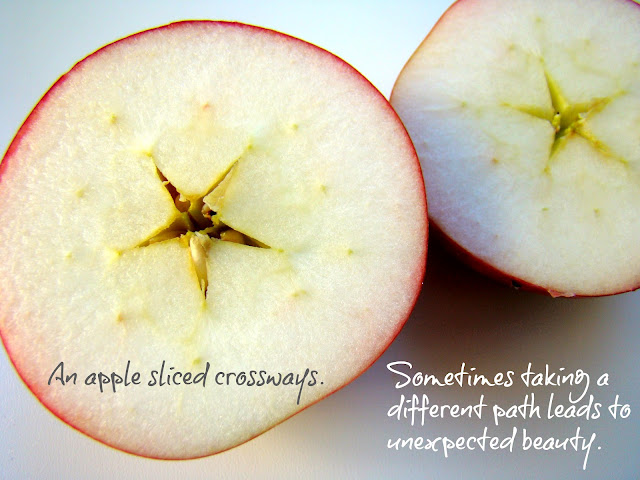 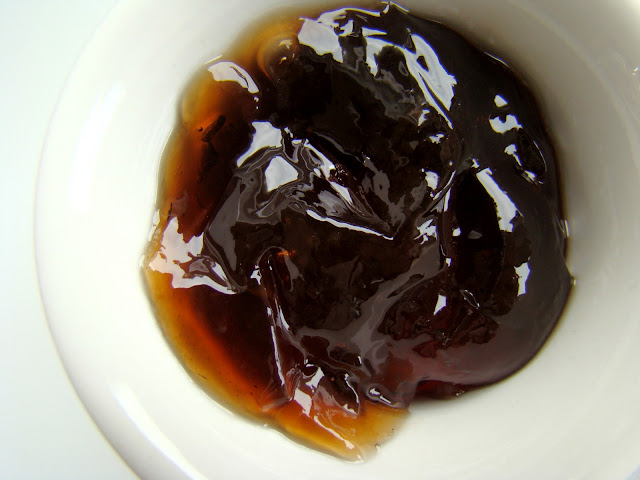 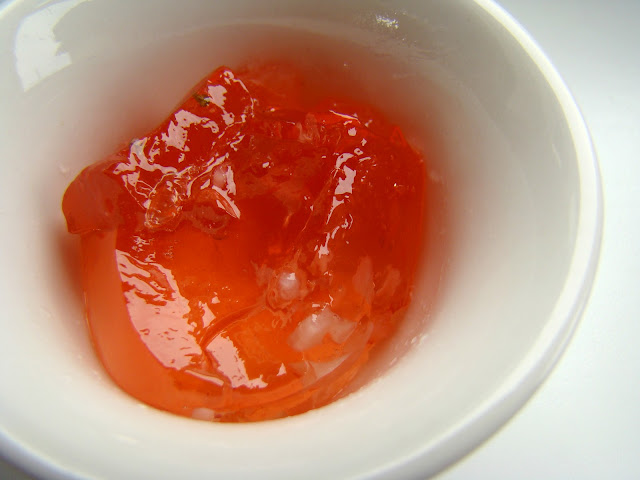 The chopped apples and water were combined in my largest stock pot and brought to a boil over high heat. As the apples began to soften, I lowered the heat to medium and continued to cook the apples until completely mushy and no white apple flesh remained (25-30 minutes). I lined a large collander with a single layer of dampened cheesecloth and placed it over an even larger heat-proof mixing bowl. The apple mush was ladled into the collander while still boiling hot and allowed to drip for at least 3 hours.

The pectin-rich apple juice that dripped into my mixing bowl was measured for volume (between 4 1/2 and 5 cups of juice). A matching amount of sugar was added, along with the vinegar and added seasonings of either the rosemary and garlic recipe or the balsamic and chili recipe above. The new mixture was brought to a full boil then continued at a hard boil for 10 minutes, while I skimmed off the foamy scum on the surface with a spoon.

I filled my jars with the jelly liquid, leaving a 1/4-inch head space, and wiped the rims with a paper towel dipped in the sterile water from the canning pot. The seals were secured in place with the bands and the jars were lowered into the rack of the water bath canner with at least one inch of water above the jars and boiled for 15 minutes. The jars were then removed to a dish towel on the kitchen counter to cool and seal with a POP. 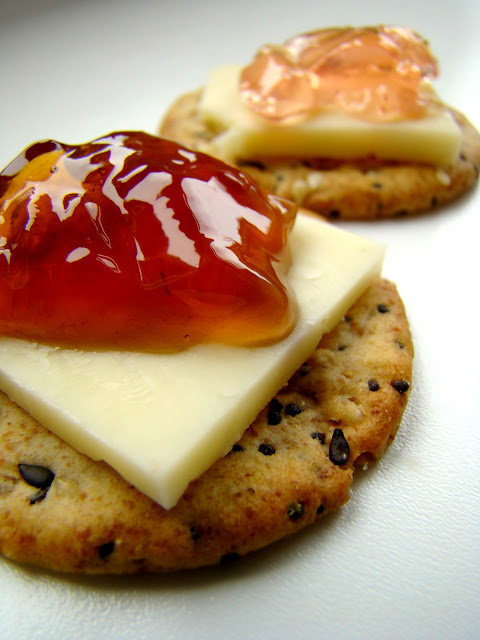 I have written mostly canning recipes lately and this is a recipe for the hardcore canners, for sure. I feel a change in the weather, though, and a change of seasons approaching along with a change in cooking routines. Fall comfort foods are right around the corner. But for now my canning pot is a well-used and well-loved friend in the kitchen.

Are you making jellies this year? What's your favourite jelly? Apple? Grape? Red pepper? Leave a comment and let's talk best jellies ever!