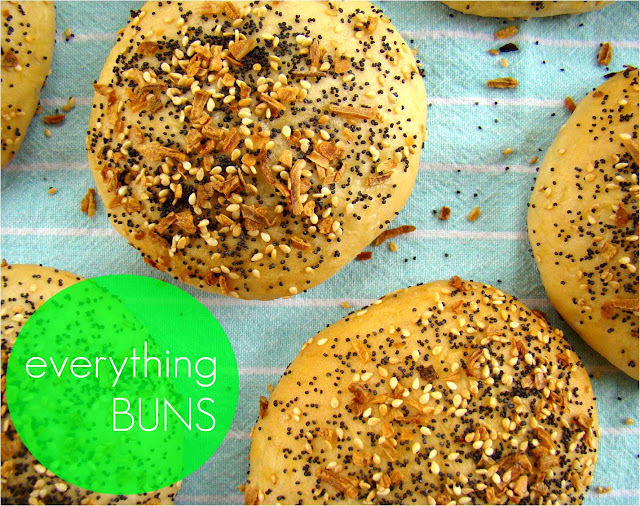 Whenever I bake bread I always have an I-Can't-Believe-I-Made-That moment as it comes out of the oven all hot and golden brown. Bread is fundamentally a simple, rustic comfort food, and yet a crusty hunk of fresh-baked bread with creamy butter can feel like one of life's most satisfying feasts.
Like a lot of families, we go through a lot of bread in the Feedbag household. Usually it's store-bought sandwich bread. But at least once a week I make some pizza dough, and occasionally I bake some loaf bread. This is my first attempt at making buns, and I think they turned out pretty nicely! 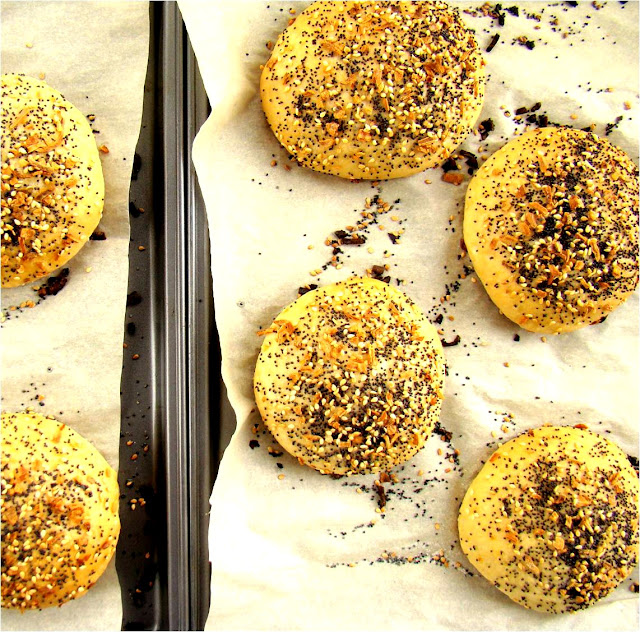 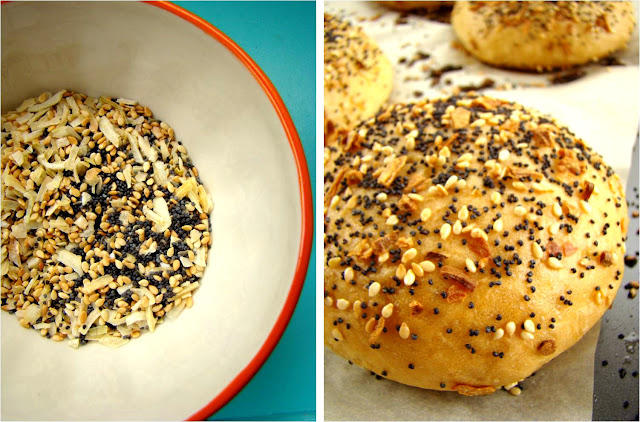 Here's how I made them:
1 cup warm water (slightly warmer than luke warm)
2 1/2 tsp instant yeast
1/4 tsp granulated white sugar
1 3/4 to 2 cups all-purpose flour
2 tbsp olive oil
1 tbsp poppy seeds
1 tbsp sesame seeds
1 tbsp dried onion flakes
1/4 tsp salt
I started by pouring the water into a large mixing bowl and stirring in the yeast and sugar. I let the mixture sit for five minutes to activate the yeast. Then I began adding the flour, incorporating half a cup at a time, stirring with the handle end of a wooden spoon at first then switching to my hands and kneading with the heel of my palm, until the dough was only slightly tacky. I kneaded for a couple minutes longer, then covered the bowl and let the dough rest for ten minutes.
Using a sharp knife, I cut the dough in half, then in half again and so on until I had eight equal pieces (if I was making burger buns I would have done six pieces). The pieces were formed into balls and set about four inches apart on parchment lined baking sheets to rise, covered with a tea towel, until doubled in size (this took about 45 minutes). Meantime, I preheated the oven to 400 degrees (F) and mixed together the poppy seeds, sesame seeds, onion flakes and salt in a small bowl.
I brushed each bun with the olive oil and sprinkled on the seed mixture, then baked the buns for 30 minutes. 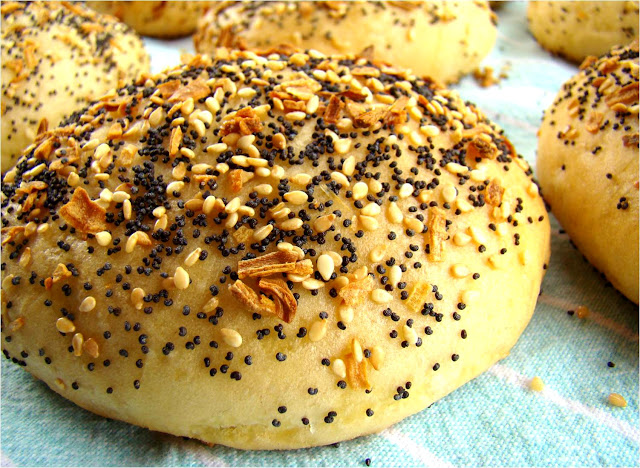 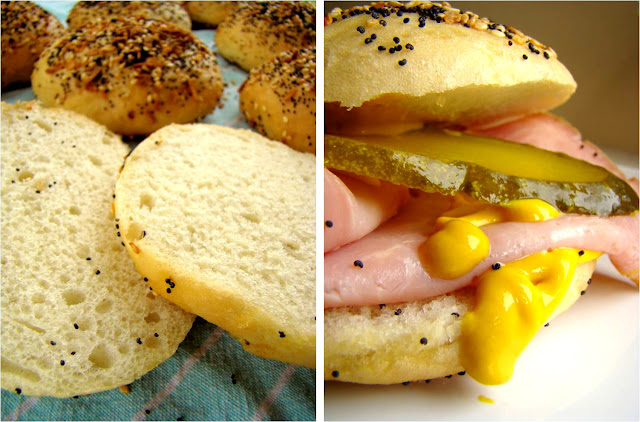 I was thrilled when my oldest son, who is quite a picky eater, saw these on the kitchen counter after preschool and insisted his lunchtime sandwich be on one of them. Outwardly I acted like it was no biggie (pressure, good or bad, doesn't work for him), but inside I was beaming and high-fiving myself silly!
Have you been baking bread lately? What goodies have come out of your oven? Leave a comment and brag about what you've created!