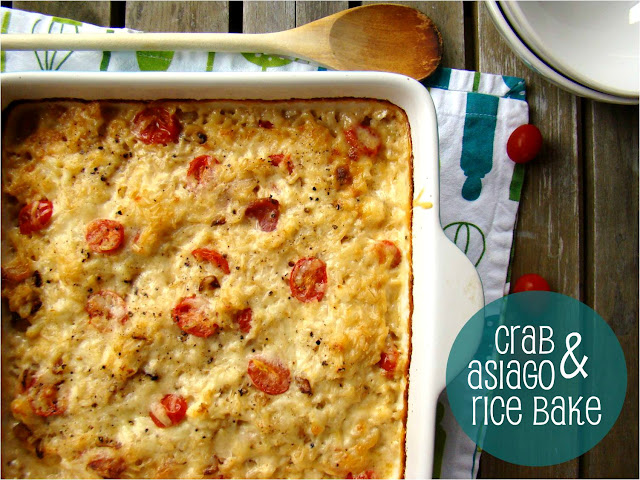 This was going to be a post about guacamole. Only it was very windy and rainy out and I had two tired kids in the backseat coming home from a play date and I just didn't feel like stopping at the grocery store to pick up two silly avocados. You know how it is - get two car seats unbuckled, walk one kid and carry the other through busy parking lot, get baby in shopping cart, find stupid quarter for shopping cart, someone's whining, someone's hungry - you know the rest. So my post about guacamole got sidelined and I rummaged instead through the kitchen cupboards to see what else I could have fun creating with. Some tins of crab meat caught my eye and this creamy, cheesy, crabby goodness was the result! 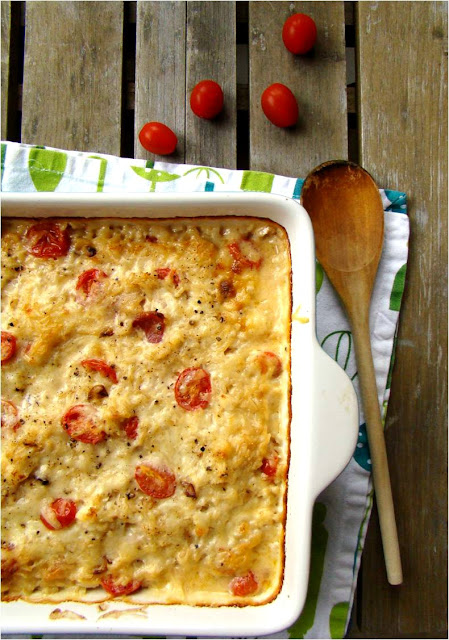 Baked with rice, bacon and cherry tomatoes in a creamy Asiago cheese sauce, the crab meat in this dish remains centre stage. This recipe works nicely as a side dish to something like a baked ham or as a main course served with a salad to lighten things up.
The preparation is pretty simple. Cooked brown rice gets mixed with the other ingredients in a large mixing bowl, then the mixture is poured into a baking dish to go in the oven until golden and bubbly. 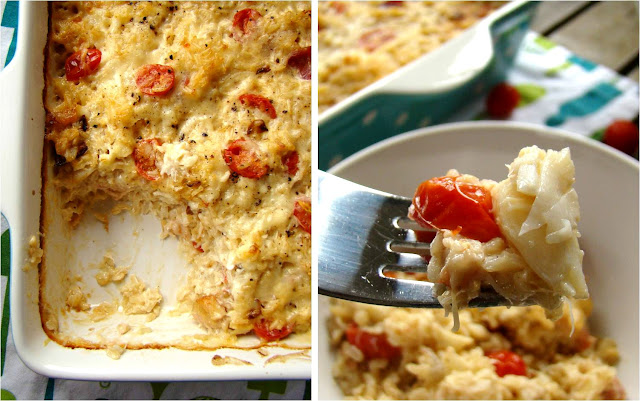 Here's how I made it:
1 1/4 cups long grain brown rice
2 1/2 cups water
1/2 tsp salt
1/2 cup onion, diced
4 strips of bacon, chopped (I use kitchen shears to do this)
1 cup fresh cherry or grape tomatoes, halved
2 120g (6 oz) tins chunk crab meat, liquid included
2/3 cup cream cheese
1/2 cup Asiago cheese, grated and divided into two equal amounts
freshly cracked black pepper to season
I started by bringing the rice, water and salt to a boil over high heat in a medium saucepan. The temperature was turned down to low and the rice simmered, covered, for 20-25 minutes until the water level was below the surface of the rice but there was still some water left. The oven was set to 375 degrees (F) to preheat. Meantime, I cooked the bacon and diced onion together in a frying pan over medium-high heat until the bacon was lightly crispy. In a large heat-proof mixing bowl, I combined the contents of the saucepan, the contents of the frying pan, the tomatoes, crab meat, cream cheese and a 1/4 cup of the Asiago cheese and mixed well. I poured the mixture into a ceramic 9 x 9 baking dish (glass would work nicely too) and sprinkled the remaining 1/4 cup of Asiago and the black pepper on top. It baked for 45 minutes until bubbling in the centre. 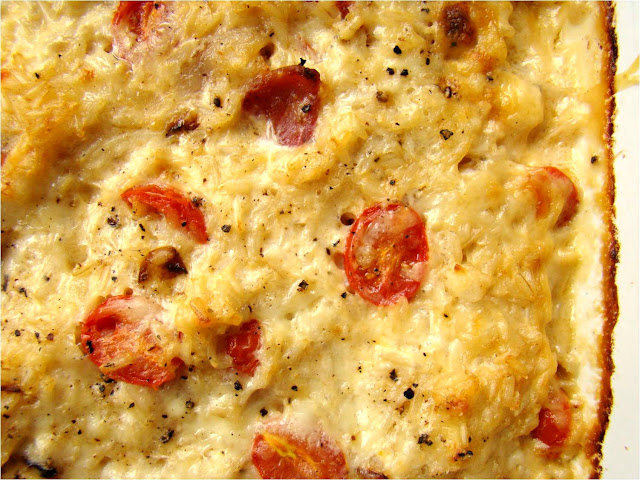 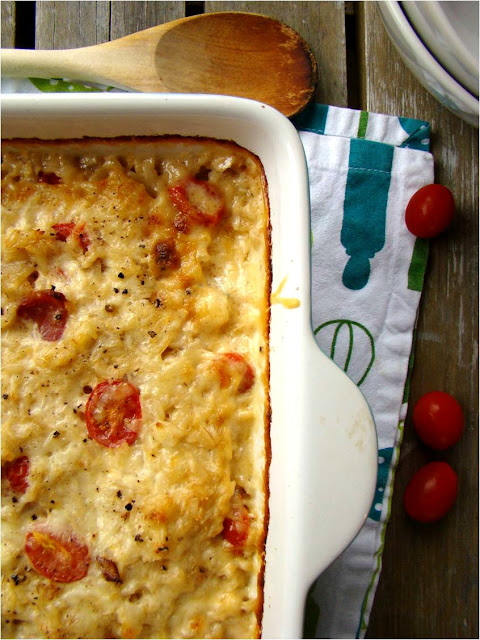 What's your favourite way to use crab?