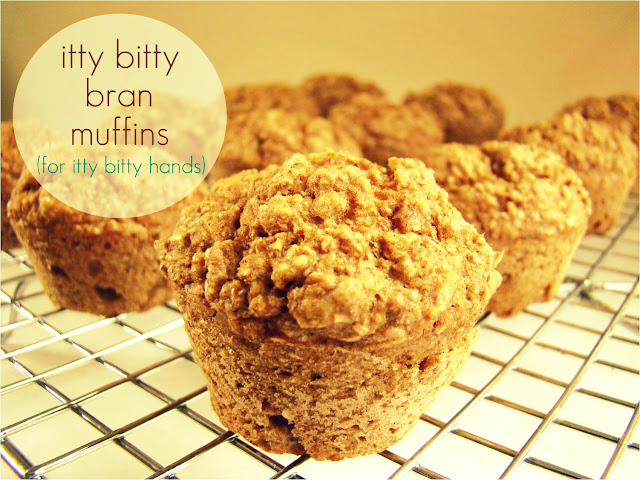 I made these mini muffins for the hungriest member of our family - the baby. Seriously, the kid can eat. He's turning one this weekend with just two tiny teeth in his cute little grin, so it's tricky finding things he can chew that will also satisfy his hungry little belly. These muffins, with a hit of bran and no added sugar, did the trick. 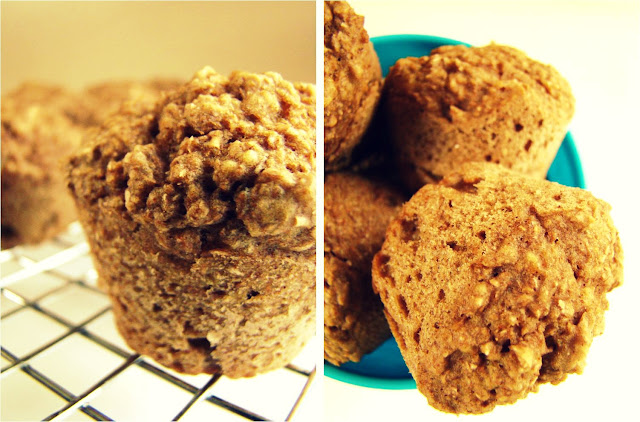 Here's how I made them:
1 cup unsweetened applesauce
1 egg
1 tsp vanilla extract
3/4 cup whole wheat flour
1/3 cup wheat bran
1/2 tsp ground cinnamon
1/2 tsp baking soda
pinch salt
While my oven preheated to 375 degrees (F), I mixed the first three ingredients in a large mixing bowl. In a separate mixing bowl, I whisked together the remaining ingredients and added the dry mixture gradually to the wet mixture, stirring just to combine. The batter was dropped into a greased mini muffin tray by the heaping tablespoonful so that each cup was nearly full. They baked for 15 minutes until a toothpick came out clean. I allowed them to cool in the pan for about 5 minutes, then removed them to a wire rack to cool completely. I ended up with 15 mini muffins. 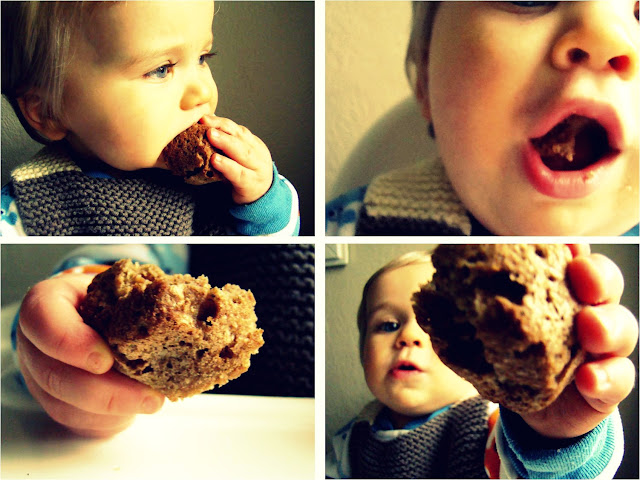 I like mini muffins because they fit nicely into little hands and reduce the crumb explosion at snack time. They're also perfectly portable for outings because they don't need to be refrigerated, and, kept in a reusable container, they won't make a mess in my purse (darn those foil top yogurts). I'll be making these again soon.
Who's the hungriest person in your house? What's baking in your kitchen this week? Leave a comment and let's chat over some coffee and muffins!