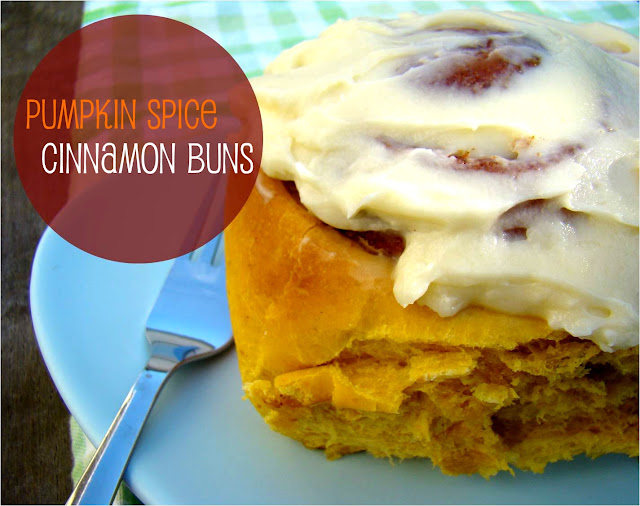 Meet the queen of cinnamon buns! These fluffy treats have spirals of cinnamon sugar swirling through a pumpkin sweet dough spiced with ginger and nutmeg. To make it extra special, these lovelies are crowned with a little cream cheese icing. Hello, your royal pumpkin spiceness!

Here's how I made them:
Makes 8 large buns

To make the dough, beat the pumpkin, brown sugar, and eggs until smooth. In a separate mixing bowl, whisk together the flour, yeast, salt, ginger and nutmeg. Add half the dry ingredients gradually to the wet ingredients, beating well. Stir in the melted butter. Add the rest of the dry ingredients gradually, stirring firmly to bring the dough together. Knead by hand for 10 minutes or by stand mixer with the dough hook attachment for 5 minutes. Form the dough into a ball and let it rest for 10 minutes.

Prepare the filling by mixing the cinnamon and brown sugar in a small bowl. Roll out the dough on a floured surface into a large rectangle about 12-inches by 20-inches. Brush the melted butter onto the dough, almost to the edges, then sprinkle the dough with the cinnamon sugar.

Starting on a long edge, roll the dough tightly into a log. Cut the log in half, then the halves in half and so on until there are eight pinwheels of dough. Place them into two greased 9x9 baking pans (or one 9x13 lasagna pan) 1 to 2 inches apart. Allow to rest, covered with a tea towel in a warm spot, for 1 hour or until they double in size and squish into each other.

Bake at 350 degrees (F) for 35 minutes until the edges are golden brown and the house smells amazing!

To make the icing, beat together the butter, cream cheese and icing sugar and spread over the buns while still a little warm. 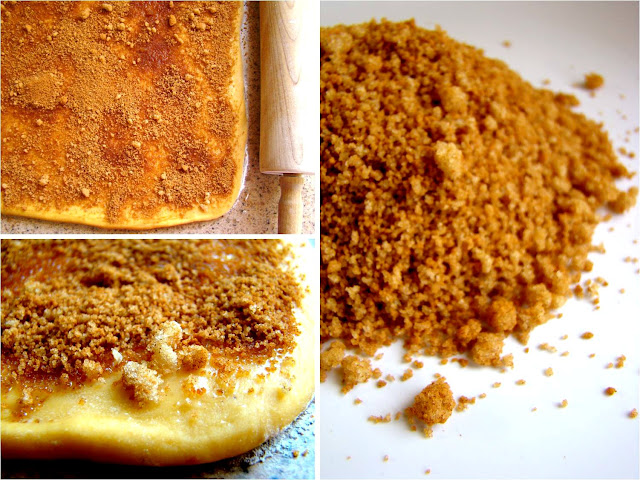 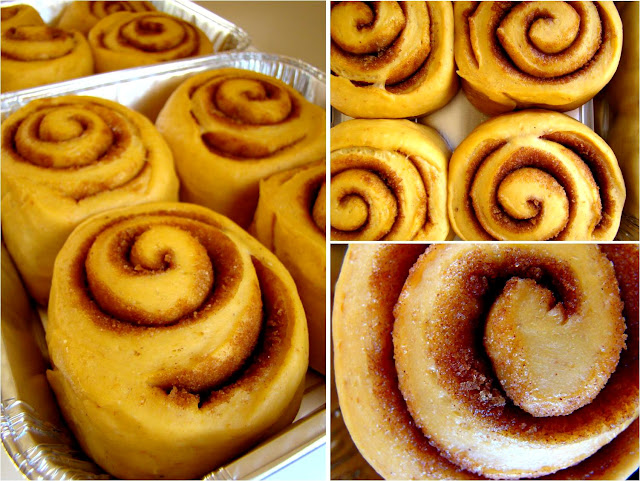 I brought a pan of these to my neighbours for a taste test. Fortunately they had a few extra little snackers around for my market research and the consensus was that, yes, these were darn yummy.

Even my preschooler, who considers cinnamon buns one of life's greatest eats, crowned these "the best cinnamon buns ever." I like that kid. 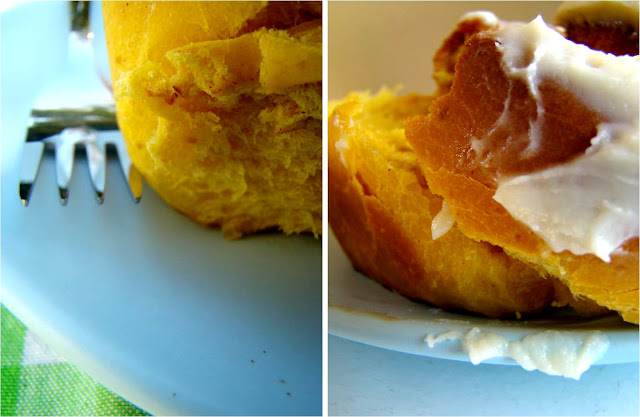 Are cinnamon buns a favourite treat in your house? What are you making with pumpkin lately? How else do you like to enjoy pumpkin spice flavours?