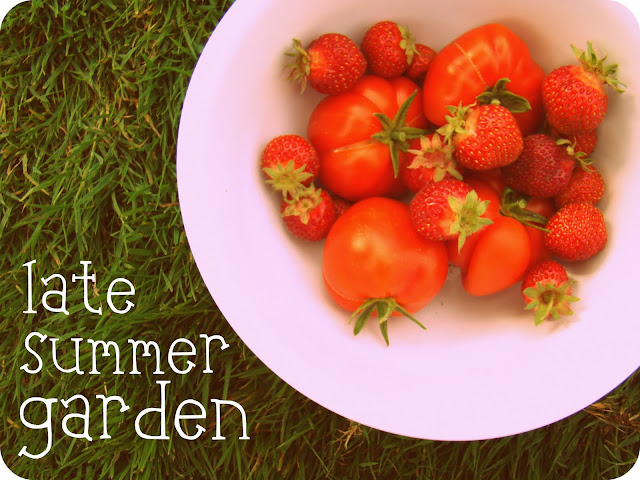 The light is changing. The night air is cooler. And I'm writing my son's name inside his new rainboots for back-to-school. All these are signs that the carefree days of summer are falling away and a new season, my favourite, is soon to arrive with its warm autumn glow. It's an exciting time in the garden!
The zucchini harvest is nearly complete. There's one more gorgeous dark green fruit left to come off the plants. So the fridge and freezer are nicely stocked with zucchini, some of which has made yummy and crispy zucchini fritters.
Strawberries are being picked daily, thanks to a variety that fruits late into the summer. Most of them are not baked into a dessert or cooked in a big pot. Most of the strawberries are eaten as they are and right where they grow. So good!
Another harvest of rhubarb is the kitchen. I might make muffins with it this time. Or a crisp. Or maybe I'll make stewed rhubarb again. It's also good the way I had it as a kid - hand-held and dipped in sugar. Rhubarb is fun and fabulous, and there's probably one more harvest of it to come before the growing season is over. 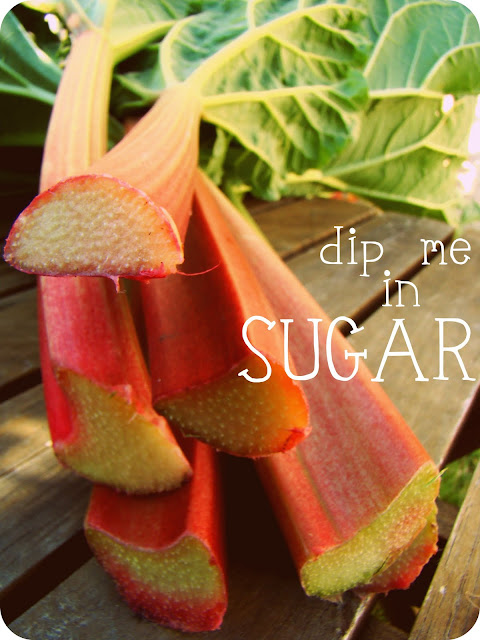 The tomatoes are ripening. Probably a little later than usual this year due to the slow start to summer warmth we had. Several big juicy ones have been brought into the kitchen so far, but there are lots of yellow and green tomatoes hanging on the plants still, and the coming week or two will determine whether they'll ripen as well. Luckily, the herb garden is also full of beautiful flavour. The herbs will likely be joining the tomatoes in a big pot very soon! 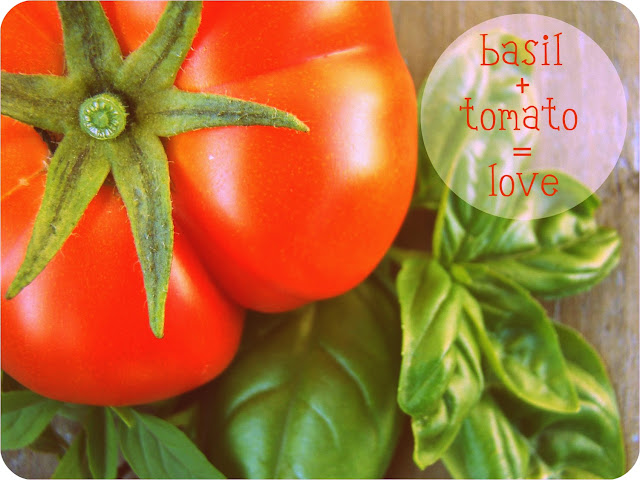 Then there's the apple tree. Oh, the apple tree! It has been keeping me busy in the kitchen for nearly a month now. Because the baby can go through a couple jars of applesauce a week, that's mostly what I've been making - pink applesauce, blueberry applesauce, peach applesauce, strawberry applesauce. I've also made lots of cinnamon sugar applesauce for the rest of us. Some jars of chipotle apple BBQ sauce sit on the preserves shelf too. Now I'm onto making apple crumbles for the freezer. It feels great to pop one in the oven in the winter months and eat from the backyard tree when its branches are bare.
There are more treats to come from the apple tree yet. Apples are still ripening and I'll be making more goodies. I love that tree and, now that there's a table by the playroom window, the boys and I have a better view of it while we're playing games and doing crafts. 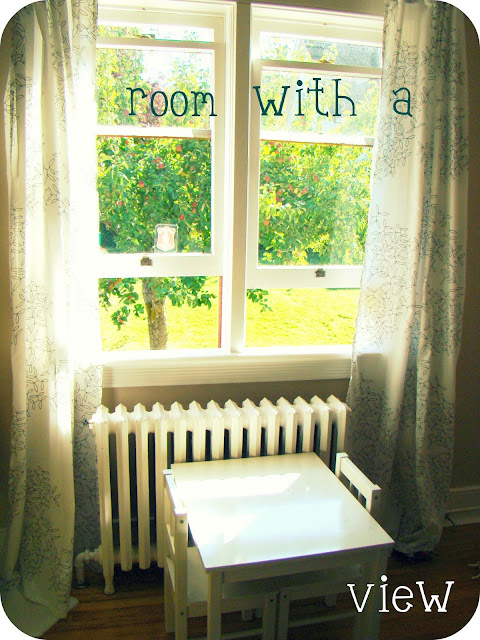 I love fall. Everything about it. Scarves, meat and potatoes, rosy-cheeked kids with cold noses. I'm looking forward to all of that. I'm also looking forward to cooking with the spaghetti squashes that are growing in the garden. Then there's the pear tree to harvest! Who knows what I'll get up to in the kitchen in the coming weeks and months, but it'll feel lovely to include some freshness from the late summer garden.

What are you making with all your garden goodies? What worked and didn't work in your garden this year (our peppers were a total flop)? If you don't have your own garden, what would you grow if you did?