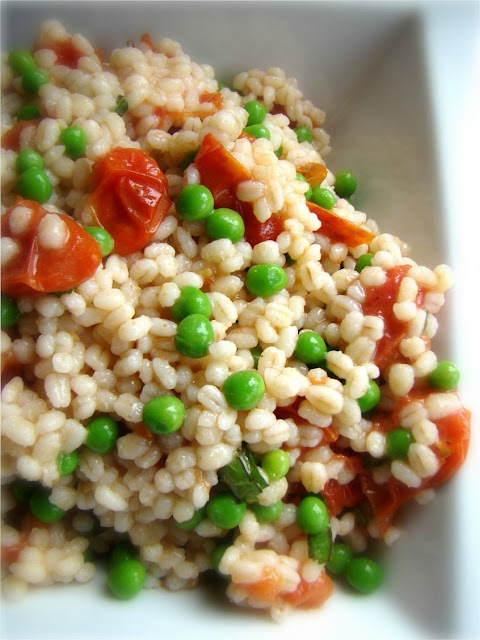 A friend and reader recently asked me if I had a barley salad recipe for her barley-loving young daughter. I didn't. In fact, I had never even cooked with barley before. The request stuck with me though, so when I came across a bag of barley at the grocery store a couple days ago I decided to throw it in my shopping cart and have a go at coming up with a barley salad recipe. So, this is for little Lucy.

This salad brings together the flavours of summer with nutty barley, roasted grape tomatoes, chopped fresh mint, and peas, in a simple orange ginger vinaigrette.

Here's how I made the salad:

While the oven preheated to 400 degrees (F), I tossed the tomato halves with the olive oil and pepper in a glass pie plate. I roasted them in the oven for 40 minutes, then allowed them to cool on the counter. 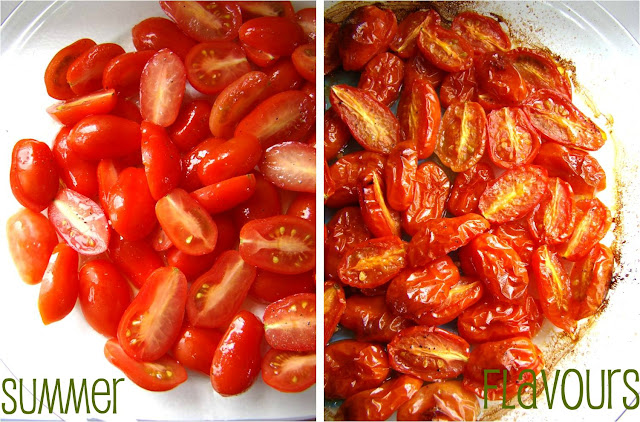 Meanwhile, I brought the water to a boil in a medium saucepan. The barley and salt were added to the pot, and I allowed it to simmer over low heat, covered, for 40 minutes. When it was done, I poured cold water into the pot then drained the barley using a fine mesh sieve.

In a large salad bowl, I combined the barley with the cooled tomatoes, peas, and mint and set it aside.

Here's how I made the vinaigrette:

I combined the ingredients in a jar and shook it up. Easy! 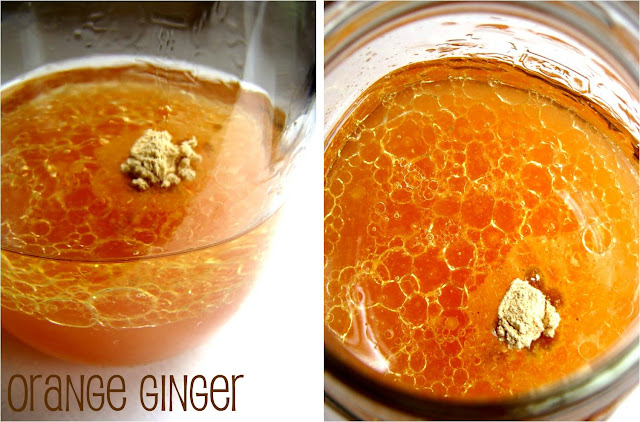 To finish, I poured the vinaigrette over the salad and gave the whole thing a good toss to coat.

I was really pleased with how this tasted. It's fresh and fruity, which (I hope) makes it kid-friendly. Plus, it's super duper healthy. 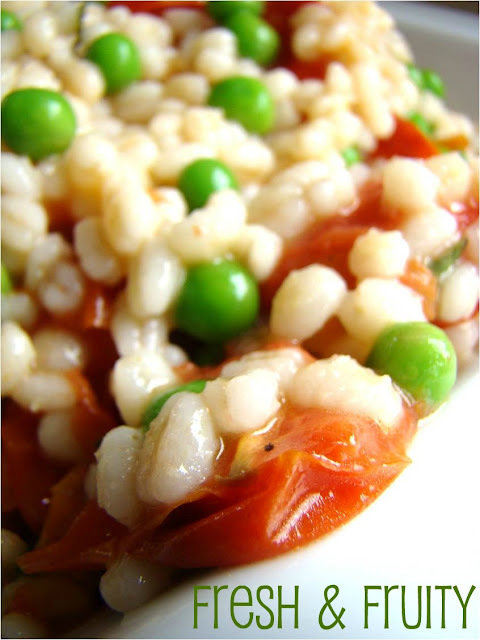 Now, just like Lucy, I'm suddenly a fan of barley!
Is barley in your pantry? What do you make with it? Which other grains regularly appear on your dinner table?