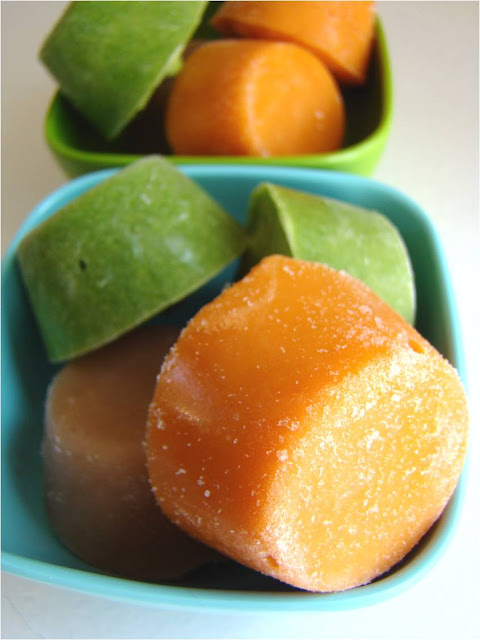 For nearly six months now, our youngest family member has been thriving on nothing but breast milk. But, now that he's ready for something more, I have begun the task of nourishing his squishy little body with a variety of foods that are both healthy and yummy. Transitions like this are a little sad because we've left part of our relationship behind, but we're also moving in an exciting new direction filled with food adventures.

I've made a variety of baby foods recently, including peas and pears, but so far his favourite is sweet and delicious baked yams. 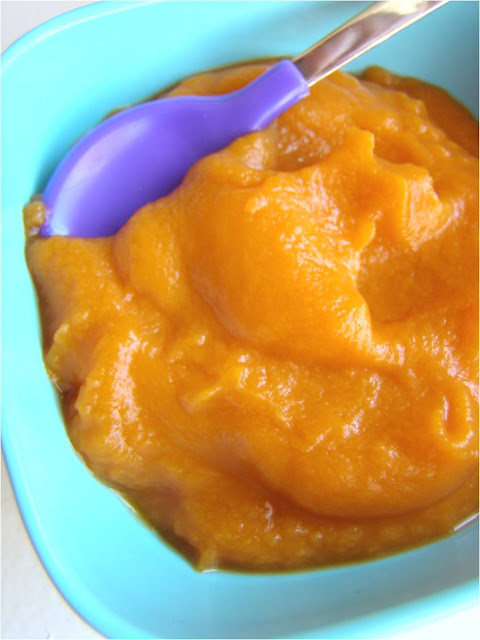 Here's how I made them:

While the oven preheated to 350 degrees (F), I put the chopped yams in a single layer in a large ceramic baking dish. I covered the baking dish with foil to keep as much moisture as possible in the yams, then I baked them for 45 minutes until fork tender. When done, I put the yams in a blender along with a little of the pre-boiled water and blended thoroughly. I kept adding a little more water at a time until the puree was circulating nicely in the blender.

Baked yam puree will keep for up to three days in the fridge, so I put some of it in a reusable container on the top shelf and froze the rest using silicone mini muffin trays. I use silicone because it's safe for use with hot foods and is also freezer safe. The flexible trays allow the frozen cubes to pop out easily and I store them in a freezer bag for up to 4-6 months in the back of the freezer. 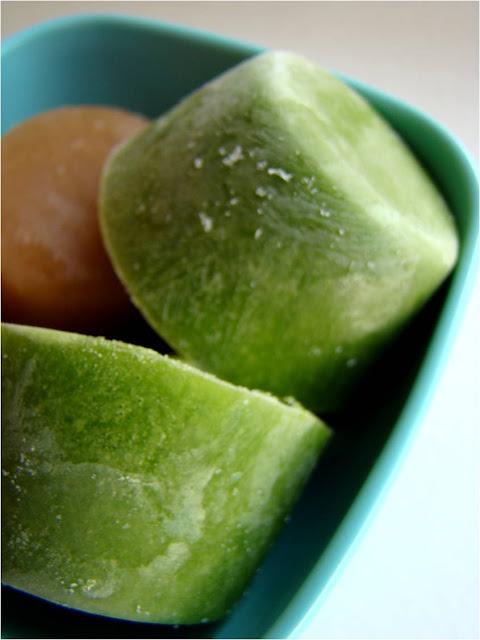 I'm enjoying cooking for the newest member of our family. And he's a hungry little feller! Once he gets that bib secured around his neck, he can't help but kick his feet and holler until he sees that tiny colourful spoon coming at him. He's doing so much growing at this age, and I get a lot of satisfaction from filling his round belly with what he needs. Mommies like to feel needed. 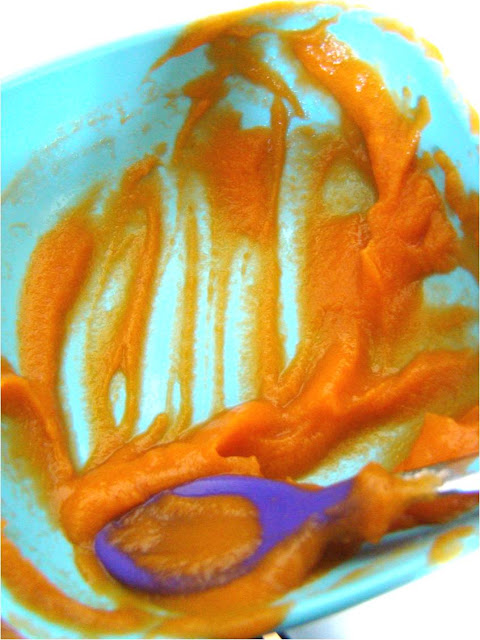 He's not a very patient eater. Each time I pull the spoon away, he let's me know he wants it back ASAP. I don't think he realizes yet that the food doesn't come out of the spoon, but rather the spoon needs to be reloaded. Oh, the things I'm helping him learn!
How much does my little guy loves his yammies? Well, it's written all over his face. 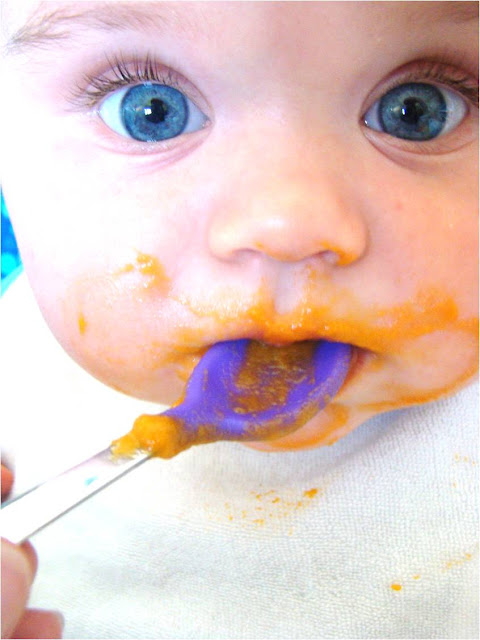 What were your babies' favourite first foods? Got any suggestions for what puree I should make next? Tell me all about your adventures in baby food!