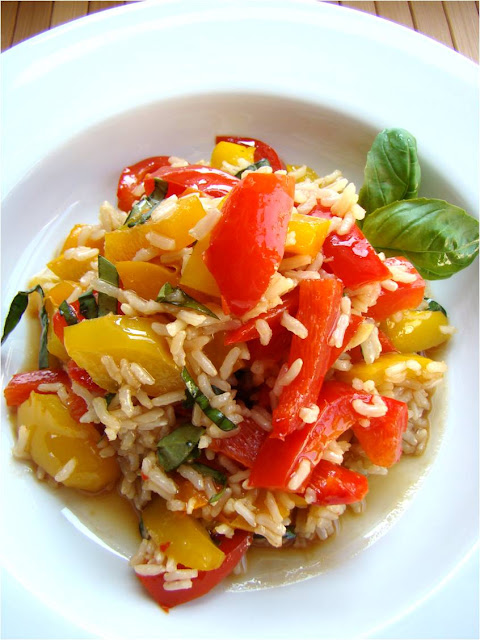 Oh my my, I love this salad. I wasn't sure where I was going with this one. I had some peppers in the fridge I wanted to use, so I turned to my pantry for inspiration on what to do with them. Soon I was cooking some nutty brown rice and reaching onto shelves for some oils, some vinegar, into the fridge for some soy sauce, and out into the garden for some basil leaves. It all came together in this scrumptious and colourful salad. 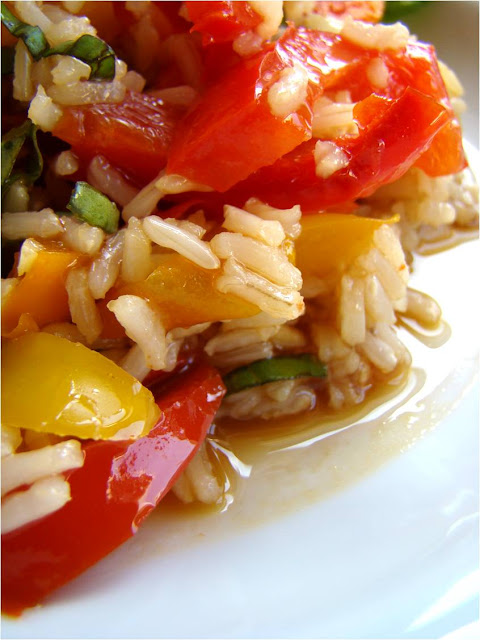 As usual, I took notes so I could make it again one day and share it here.

Here's how I made the salad:
4 large peppers, seeded and cut into quarters
drizzle canola oil
1 1/2 cups water
1/2 tsp salt
1 cup long grain brown rice
1/4 cup basil, sliced into ribbons
Vinaigrette:
1/2 cup canola oil
1/4 cup white wine vinegar
1/4 cup soy sauce
1/4 tsp sesame oil
1 tsp sugar
1 garlic clove, minced
The peppers were tossed with a drizzle of canola oil in a 9x9 ceramic baking dish and roasted in a 400 degree (F) oven for 35 minutes until they were softened and the edges starting the darken. Then the peppers were removed to a large bowl and refrigerated for half an hour to cool. Once cooled, I chopped the peppers into slices and the slices into thirds. 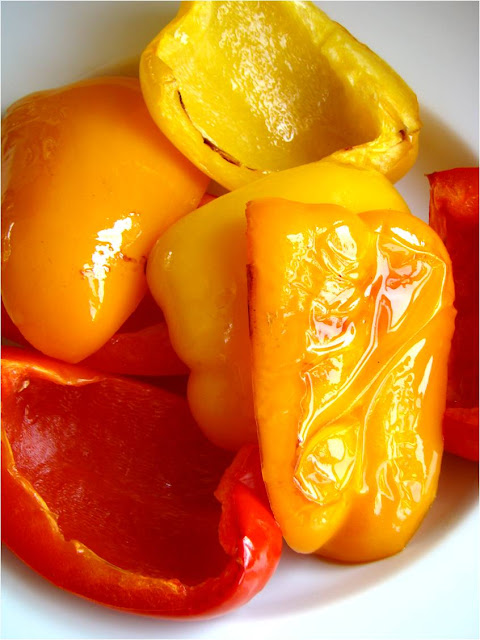 Meanwhile, I brought the water to a boil in a medium saucepan over high heat and added the salt. I added the rice, covered with a lid, adjusted the heat to low, and allowed it to simmer for 20 minutes until the water was absorbed and the rice tender. Then I rinsed the rice under cool water to separate the grains and drained it using a fine mesh sieve.
In a jar, I combined all the vinaigrette ingredients and shook to combine.
To finish, I combined the chopped peppers, rice, vinaigrette, and basil in a large salad bowl and gave the salad a toss before serving. 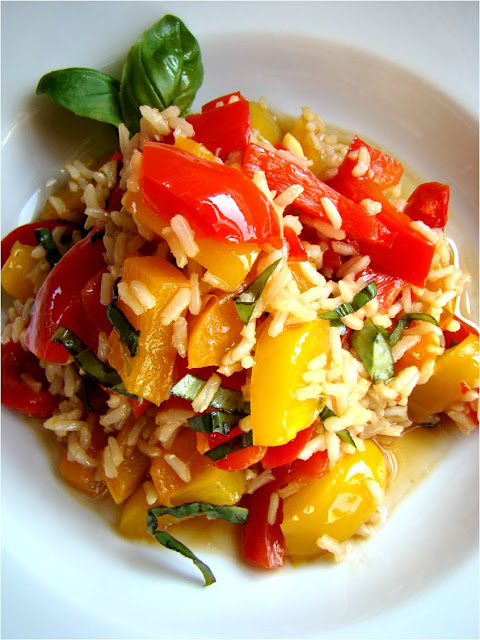