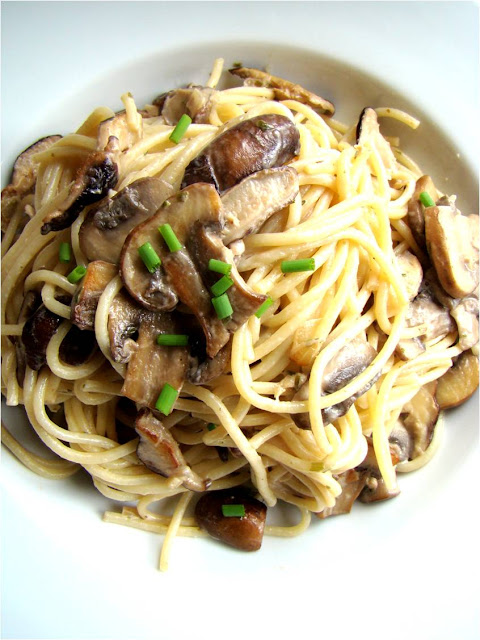 I love mushrooms. Like, really looooove them. So the idea of a pasta dish centred around the earthy, meaty flavour of mushrooms is just divine in my book! I used two different kinds of mushrooms in this spaghetti dish and added tarragon and nutmeg because, to me, they really are a fungi's best friends.

I started by melting the butter in a skillet over medium heat. The onion, garlic, and mushrooms went into the skillet and I allowed them to sweat it out for about 15 minutes, stirring frequently, until the mushrooms were nicely browned. 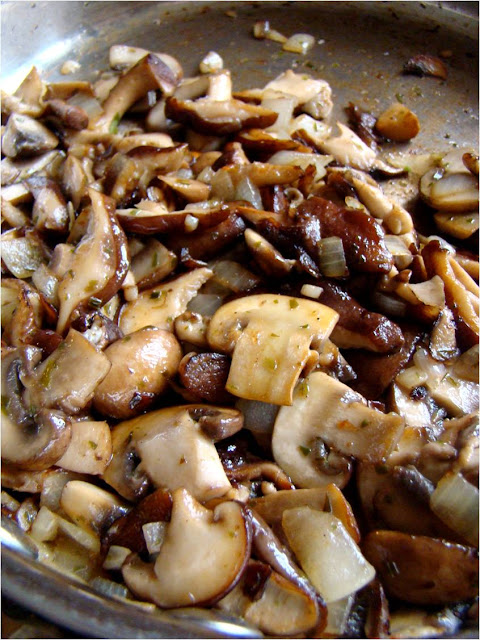 Meantime, the spaghetti was added to a large pot of boiling water and cooked according to package instructions.

Once the mushrooms were browned, I seasoned them with the tarragon and nutmeg and added the cream, stirring while the sauce simmered for a minute or two over medium heat. To finish, I removed the skillet from the heat, added the drained pasta, and tossed it all together.

If you like a thinner sauce, you can reserve some of the pasta water and add as much or as little of it as you like at the end. 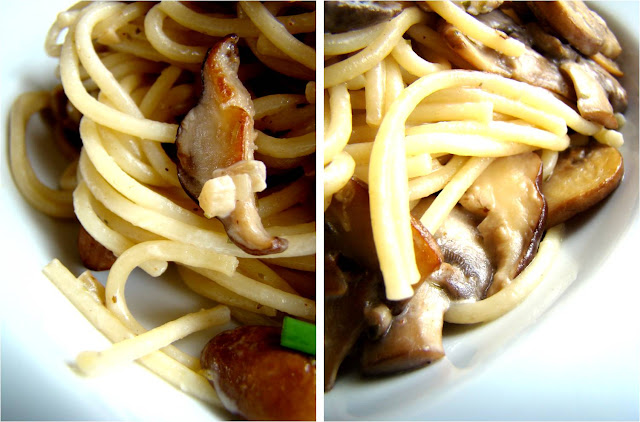 We ate this really fast and quietly. That means it was good.

Are you a fungi fan? What's your favourite way to eat 'em? Which varieties do you prefer? Leave a comment, will ya?