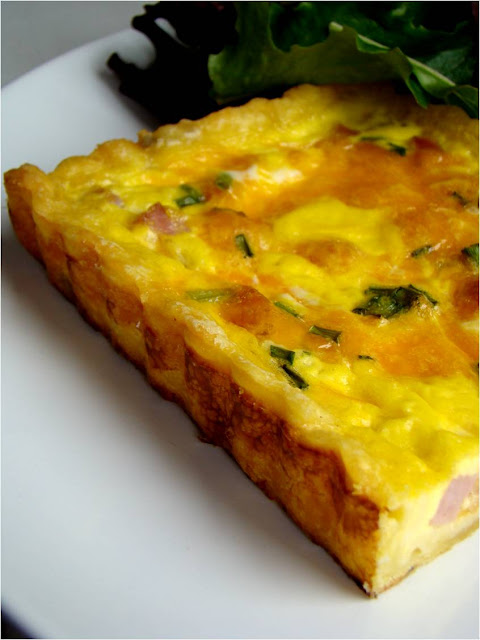 Someone asked me recently if I had a quiche recipe I could share, and so I suppose this ham and cheddar quiche in sage pastry is my response. It has been a long time since I last made a quiche. Mr. Feedbag isn't a big fan and our 3-year-old won't go near eggs. So, lunch for the next few days for me is quiche! Oh, how do I survive sometimes?
I used a fluted rectangular tart pan with removable bottom instead of a traditional pie plate for this quiche because, well, I've been wanting to use it for a while. If using a larger dish I would make more filling with a half cup of milk per each additional egg. I also used fresh herbs from my garden with chives in the egg mixture and sage leaves in the pastry. 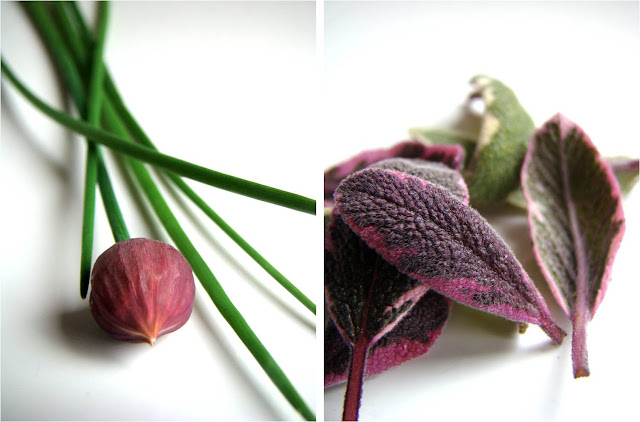 Here's how I made the sage pastry:
2 cups all-purpose flour
1/4 tsp salt
1 tbsp sage leaves, finely chopped
1 cup vegetable shortening, cut into chunks
1 egg (I like free range eggs)
1 tbsp white vinegar
2 tbsp cold water
In a large bowl, I stirred together the flour, salt, and chopped sage. I cut the shortening into the flour mixture using a hand pastry blender until coarse. In a small bowl, I beat the egg with the vinegar and water, and poured the liquid ingredients into the large bowl, stirring with a fork to bring it all together. 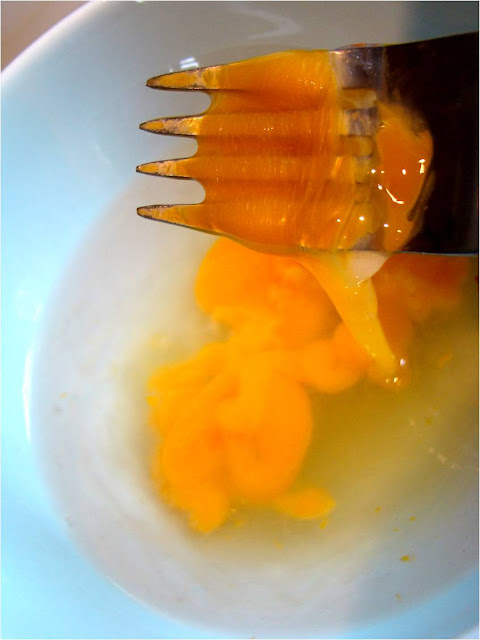 Using my hands, I formed the pastry into two balls and put one ball in a freezer bag for future use. With the other ball, I floured a work surface and formed the pastry dough into a log. Then I used my rolling pin to roll out the dough to about three inches large than my tart pan. I transfered the pastry to the pan, gently pressing it into the corners and running the rolling pin over the rim of the pan to trim the excess pastry. 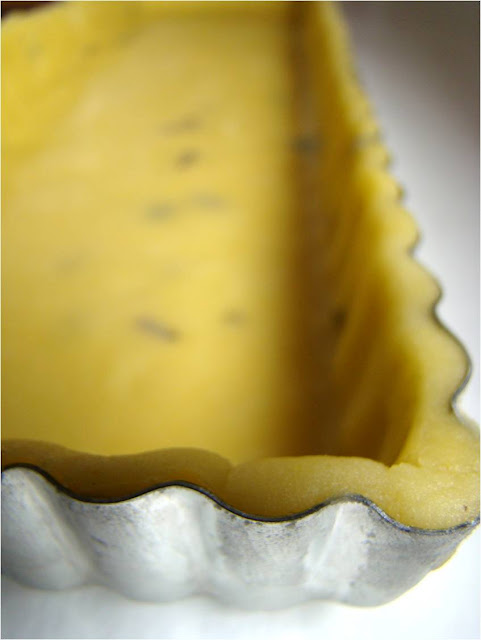 After lining the pastry with foil and weighing it down with dried beans, I baked the pastry in the oven at 425 degrees (F) for 15 minutes until it was no longer raw in the middle.
Here's how I made the filling:
1/2 cup cooked ham, chopped
2 eggs
1 cup whole milk
1 tbsp chives, finely chopped
1/2 cup grated cheddar cheese
I sprinkled the ham in the baked pastry shell. Then I whisked together the eggs, milk, chives, and cheddar and poured the mixture over the ham. With the oven lowered to 350 degrees (F), I baked the quiche on a rimmed baking sheet (to catch any spills) until a knife in the centre came out clean, which was 40 minutes in my oven. 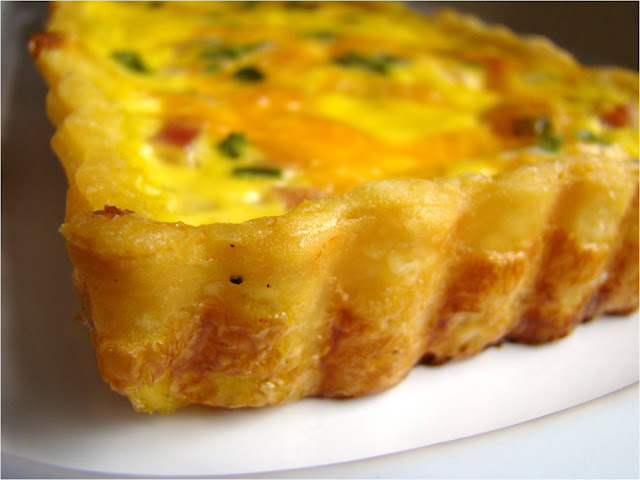 The quiche cooled on a wire rack for about 20 minutes, then I lifted it out using the tart pan's removable bottom to drool over its golden curvy form. Yum! 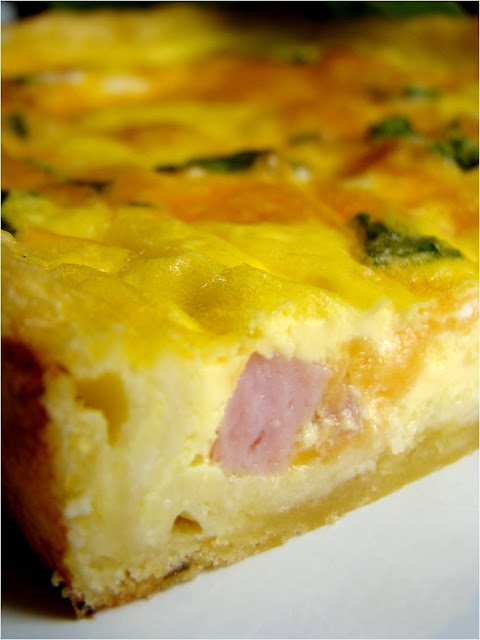 Hello you delicious little piece of ham! You can't hide from me!
Okay, point me in the direction of your best quiche recipes. Is quiche a regular creation in your kitchen? Aren't eggs awesome? Let's dish!